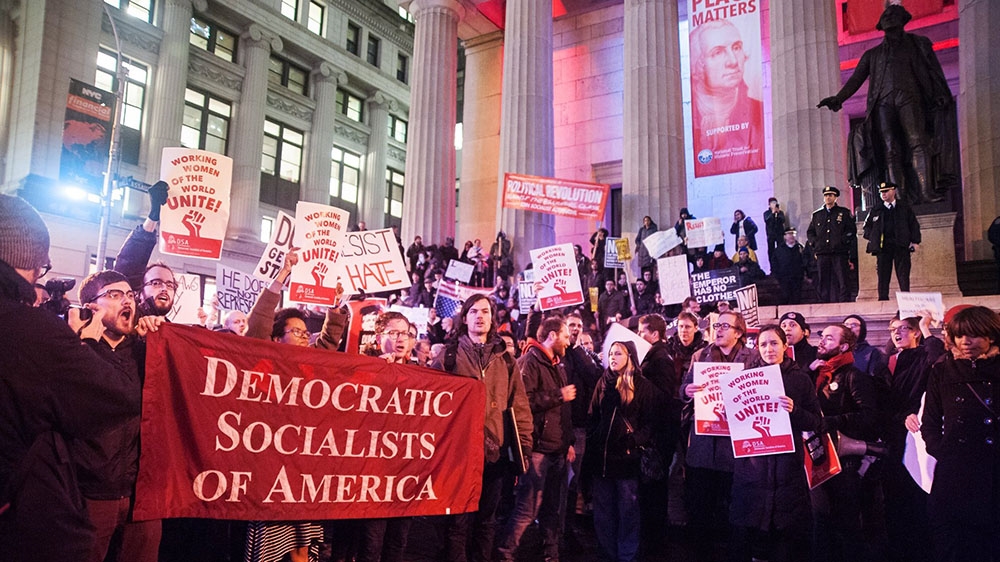 By nature, I am an optimist. I base it on a human history that has steadily improved in virtually every way. Yes, there are terrible events – natural and man-made – and there are temporary setbacks by regressive dark forces. But, for the most part, the record of human progress is positive and has resulted in a persistent upward line on the graph of human improvement.

In 1776, the new United States of America kicked off the most dramatic democratization movement in the history of the world. By example and might, we led the transformation away from a world ruled over by authoritarians of all sorts – kings, tsars, emperors, tribal chieftains, dictators and potentates. In less than 200 years, America had inspired and sponsored a world of nations based on democracy and juxtaposed to the remnants of the old authoritarian order.

The success of the United States in becoming that beacon of freedom — or, as President Reagan put it, that “shining city upon the hill” – was an almost universal common belief in personal freedom and limited government. Virtually all the misfortunes of society were to be handled by a combination of self-reliance and the goodness of others — not on a dependency of an inefficient powerful central government.

Our Founders gave us the instruction book of freedom and positive progress. It was called the Constitution – and lest we didn’t understand their meaning and intent in the words of the Constitution itself, they provided us with a library of explanatory papers and documents. Sadly, the liberal education industry no longer emphasizes the writings of the Founders – replacing it with the impossible political and economic theories of Utopianism.

The strength of America was our common understanding of values. We may not always agree on how to get to our common goals, but we shared the same goals. This does not seem to be the case anymore. We are not only a nation divided along partisan lines and philosophic lines, but a people who seem to no longer have even the same values and goals in mind.

One of the most important fundamentals of a viable Republic was keeping even limited government closest to the people. As the Tenth Amendment prescribes, any power not specifically provided to the federal government is reserved to the several states or to the people. Since such a concept disenfranchises authoritarians, we can understand why the progressives constantly want the central government in Washington to take over more governance and expropriate more of the people’s wealth. Unfortunately, “states’ rights” was given a bad name when the Democratic Party wrongly weaponized it as a means of denying blacks their civic, human and constitutional rights. Regardless, it remains an existential concept.

Charles Kesler, the Dengler-Dykema Distinguished Professor of Government at Claremont McKenna College, describes the current situation in America as a movement away from “normal politics” to “regime politics.”

In an essay in Imprimis, Kesler defines “normal politics” as a condition when there is common agreement on goals and values, but disagreement on the means by which those goals can be best achieved. That has been the characteristic of the American experiment in democracy for the first 200 years.

Kesler writes that “regime politics” exist when there is no longer agreement on the basics – the values, the goals and objectives. It is when our division represents two entirely different sets of values and traditions.

Both sides agree that we are in the midst of a battle for the very soul of America – with conservatives standing with the vision of the Founders and the constitutional process of forming a “more perfect union” based on the fundamental of personal freedom and limited government.

The radical left, that has a stronghold in the misnamed Democratic Party, pushes for a world where power is the central right of governance. The people are not the source of power, but the subjects of an elite political class that is better equipped to decide the fortunes of the less able masses.

Of course, this is not a new concept. It is what the Founders rejected – and which we as a nation has stood against for two centuries. It is an incremental return to authoritarianism

The first common value that is attacked by the left, is confidence in the written word of the Constitution – and the amendment procedure by which it enables us to improve the union by popular consensus. Since the left does not believe in the basic principles of personal freedom and the inalienable rights of we the people, they see the Constitution as a “living document” subject to fundamental changes in meaning and principles — and in some instances as a passé piece of paper that can be, and should be, largely ignored.

This diminution of the Constitution is the central issue in the fight over “activist” or “strict constructionist” judges. This also leads to a fundamental understanding of the role of the judiciary—with conservatives holding to the tradition of deciding cases based on law and progressives encouraging the courts to make law by judicial edict.

This abandonment of traditional values is seen in the #MeToo movement. In proposing that a woman must be believed as conclusive evidence in a judicial or civil process tosses out one of our most sacred safeguards against tyranny – the rule-of-law and standards of evidence.

The increasingly destructive political correctness movement is designed to serve two purposes for the left – to stifle freedom of the speech, which has become a serious threat in recent years, and to create politically advantageous divisiveness.

This goes along with identity politics that creates tribal-like conflicts by which the left benefits. Identity politics is a direct attack on the national motto of e Pluribus Unum and a long-held belief in assimilation. This means that those we allow in the country are here to become Americans – to embrace our core values and traditions.

The left casts these concepts aside in favor of maintaining permanent divisions based on ethnic background, religion and culture. Traditionalists believe that folks seeking asylum, citizenship or even work visas should adhere to our established laws. Progressives see immigrants as establishing ethnic beachheads in which their culture rules. It is the reason we are even having a debate about Sharia Law and have communities in which American police are not to enforce the law.

The idea that political power can be — and should be — gained by breaking the law is inherent in the progressive movement. It is why they do not believe in enforcing the law at the border. It is why they create those idiotic sanctuary cities and states to thwart federal laws. It is why the will to not enforce election laws and then proffer the ridiculous argument that voter fraud does not exist.

They pay lip service to the importance of a free press while creating a media culture that is only free of fairness, balance and honest reporting. They have nullified the longstanding ethics of journalism in a free society for an activist, opinion-oriented so-called news industry that dishes out propaganda – political and philosophic – to an overly tolerant public.

President Trump is certainly at his provocative best when he calls the left-wing media “the enemies of the people,” but any objective analysis would see one-sided analyses and panels of parroting pundits as the enemies of truth. A press that is controlled by government OR by one political establishment is not a free press and is not in service to the nation as the Founders envisioned when they incorporated the Fourth Estate into the First Amendment. Contain

In a recent edition of MSNBC’s “Up with David Gura,” the discussion was a full-bore attack on the one major conservative station, FOX News. One of the panelists proposed that there should be a law to curtail FOX support of President Trump, Republicans and conservatives. Ponder that for a moment. Those claiming fealty to an unfettered press are actually proposing that government step in to block opinions and points-of-view with which the leftist press does not agree. As shocking as such a proposal should be, neither the host nor the other guests protested that suggestion.

We had a progressive president who began his presidency with what became known as an “apology tour” – demeaning the history and nobility of America. He then withdrew America from world leadership with a preposterous doctrine of “leading from behind.”

The political left embraced treaties that disadvantaged America – including the Paris Climate Change Agreement, the Iran Nuclear deal and a number of trade agreements. This brand of globalization is far different from such things as President Truman’s Marshall Plan that rebuilt Europe after World War II AND strengthened America at the same time – and President Reagan’s Strategic Arms Limitation Treaty (SALT) that made the world a little safer place INCLUDING America.

Then there is the issue of patriotism – love of country. That is the very centerpiece of a nation with shared values and common objectives. It is the glue that holds the Republic together. The left – especially since those days of rage in the 1960s – has disparaged both a love of country and the country itself. In the name of pretentious globalization, the left eschews American leadership and slanders our national purposes.

In the progressive world, one can disrespect the flag and the National Anthem –not just on the football fields, but in classrooms across the nation. The voices of the left are quick to criticize our fighting men and women as well as the victories they pursued on our behalf.

My pessimism for the future of America is based on the rise of the left – and how they now control our schools, our entertainment industry, our book publishing businesses and our news media. These are all the means by which a culture and values are passed along to future generations. In many ways, the Millennial generation has been propagandized their entire lives. The rise of acceptance of socialist authoritarianism among our youth is alarming, to say the least.

On the other hand, the optimist in me believes that true personal freedom as described in the Constitution is an ever-compelling belief. The inscription on the Statue of Liberty speaks of those “yearning to breathe free.” I believe that that “yearning” is ingrained in the human soul and no matter how many times freedom is oppressed, freedom will emerge victorious. But I pity those who might be trapped in one of those times when the authoritarian left seizes temporary power and suppresses freedom and our inalienable rights.