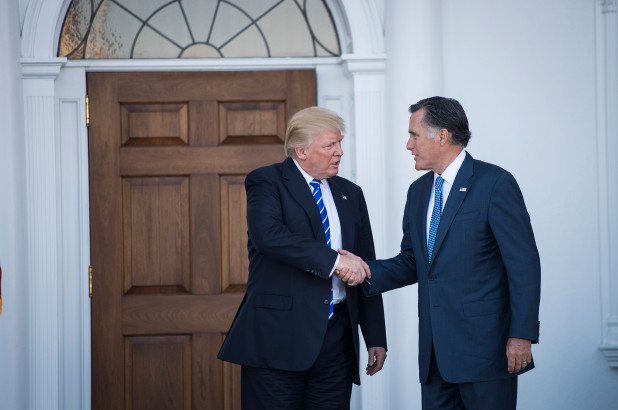 Do Journalists Owe Romney an Apology on Russia?

In the wake of the revelations of the depth of Russian interference in the 2016 election, some journalists think they may owe Mitt Romney a bit of an apology.

Since the release of the Special Counsel’s findings, more than a few reporters now say they may have paid too little attention to Mitt Romney’s 2012 observations about the Kremlin’s threat to U.S. interests.

Back in 2012, Senator Romney. R-Utah, was running for president. And he tagged Russia as the United States’ greatest geopolitical foe.

At that time, Romney “was broadly mocked” over that position, New York Times reporter Maggie Haberman tweeted on Friday. “I was among reporters who should have given it more weight.”

Haberman was not the only journalist feeling they had a little “Easter” egg on their face regarding Romney and Russia. New Yorker reporter Ronan Farrow also joined in. So did Washington Examiner correspondent David M. Drucker, who said he wanted to “reset” his 2017 op-ed titled, “Romney was right about Russia.

However, many believe that the left-wing press’s contrition to Romney has less to do with his prescience on Russia, than the fact that he continues to be “anti-Trump,” especially since the release of the Mueller Report.  Romney has become a media darling to the MSM, largely due to comments such as this, that he tweeted on Friday. “I am sickened at the extent and pervasiveness of dishonesty and misdirection by individuals in the highest office of the land, including the President.”

That brought a Saturday tweet from Trump, saying that if Romney had “spent the same energy fighting Barack Obama as he does fighting Donald Trump, he could have won the race (maybe)!”

Both Democrats and Republicans have seized on the report and what its findings meant for American democracy. However, both sided have been finding what they wish in the report.

While the administration celebrated the fact that no one helped Russia meddle in the 2016 election, Democrats have emphasized the extent to which Russian interference did occur.

5 thoughts on “Do Journalists Owe Romney an Apology on Russia?”