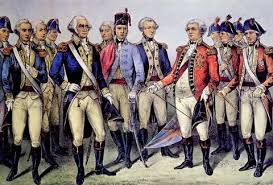 There is disturbing news from England recently that government policy continues to take away the civil right to free speech and the ability to voice a personal opinion that goes against the official narrative.

From the land of Speaker’s Corner, “a traditional site for public speeches and debates in London’s Hyde Park since the mid 1800’s when protests and demonstrations took place” there, we now are seeing the rise of actual, factual Thought Police.

Officers from a new British police branch are tasked with running down people accused of committing “hate crimes.” An in-home interview is standard procedure.

Even when the Thought Police determine that no legal crime has, in fact, been committed, a note is added to a police file kept on these truly innocent people whose misfortune it was to be singled out anonymously by one or more persons who objected to something the alleged perpetrator of hate speech said or posted online, calling it “hateful.”
Look out, Brave New World, Great Britain is institutionalizing police who come calling to question your ideas and beliefs, including what you “Like” or “Share” on other people’s Facebook pages.

Have you read the classic novel 1984 by George Orwell (himself a Brit), published in 1949? Set 35 years in the future, one world government ruled over the entire planet.

Ever-alert totalitarian policemen used advanced technology to surveil all citizens for any infraction of the many laws. The look on a person’s face or something said – or merely the way something was said, could lead to an arrest and speedy conviction to a long jail sentence as an enemy of the state.

In Orwell’s dystopian future society, the global government and its top leader controlled the masses through “Newspeak,” the official language across the superstate Oceania. This language was redesigned to limit grammar and vocabulary in order to curtail free thought, the enemy of all autocratic societies.

In Oceania, criminal thoughts were punishable under the law. (In 1949, the memory of innumerable and horrific Nazi atrocities committed during World War II still lingered in America’s social conscience so this notion was not that outlandish.)

In point of historical fact, Nazi Germans established complete control very quickly everywhere they invaded – except in the minds of the resistance fighters.

Now, in 2019, police in Humberside, Enlgand, paid a visit to chat with a local man who tweets under the name “Harry the Owl.” It seems someone lodged a complaint about one of Mr. Owl’s posts.

The offensive post said that “trans women are not women.” This candid opinion on the part of HtO triggered a legal investigation launched by the lesbian, gay, bisexual, transgender, and queer or questioning (LGBTQ) community in jolly old England.

On January 23, HtO tweeted from work that his boss had informed him that “cops” had phoned to speak with him. HtO dutifully returned the call and talked to a Police Constable (PC):

“Spoke to PC from Humberside, introduces himself as representing the LGBTQ community on a report of hate speech by me. They’d found me via my company, had been all over the website & decided if I employed trans people at all, it was not a safe place for them & work should know.”

The PC said that of the 30-odd tweets from HtO that police had reviewed, no actual crimes had been discovered. Then, over the phone, the officer then read a limerick – a humorous, short poem, often laded with sexual innuendo. Harry said he was not the limerick’s author.

“Ah. But you Liked it and promoted it,” the PC countered.

Harry then asked the PC “why he was wasting his time on a non crime,” to which the PC replied, “It’s not a crime, but it will be recorded as a hate incident.”

Somehow, according to the PC, the person who ratted out HtO was the “victim” in this non-crime. HtO tweeted:
“So, I’ve added to a statistic, even though there is no crime, which brings me to my next point. The cop repeatedly called the complainant ‘the victim.’ I asked how there could be a victim if, as he’d established, there was no crime. He said, ‘That’s just how it works.'”

HtO requested that the PC “desist” from “framing the complainant as ‘victim'” since this made the accused, “by default, ‘criminal.'”

Then, the conversation with the local PC turned “incredibly sinister,” according to HtO:

“The cop told me that he needed to speak with me because, even though I’d committed no crime whatsoever, he needed (and I quote) ‘to check my THINKING!'”

At the end of this ominous discourse, the PC informed HtO that he was advised to use his words more carefully or risk “being sacked by the company for hate speech.”

HtO refused to be intimidated by the Thought Police. He “wished him [the PC] well and said I needed to go and rinse my socks.”

The police are also signing up volunteers who receive government training to patrol the vastness of cyberspace. These judgmental trolls are the new unpaid Deputy Thought Police who finger anyone guilty of saying or broadcasting “inappropriate” content.

4 thoughts on “The British Thought Police”