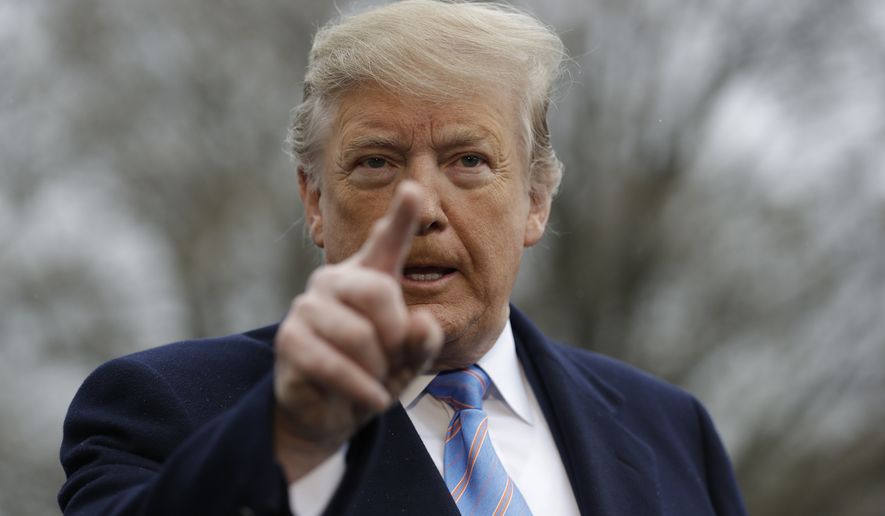 As part of his ongoing attempt to deal with the burgeoning crisis on the US southern border, President Trump has called for some sweeping overhauls of the US asylum process.

What Trump proposes will make it not only harder to gain entry into the country for those seeking asylum, it will make it more expensive. Among his proposals to fix a system that he says is rife with abuse, Trump has called for a fee to process asylum applicants.

In addition to the application fee, Trump’s proposal would also deny work permits for asylum-seekers while they are here awaiting their case,  and also require government officials to fast-track new asylum hearings to complete them within 180 days.

In the issued presidential memo on the matter, Trump specifically told Attorney General William Barr and acting Homeland Security Secretary Kevin McAleenan that the move was necessary to address a “crisis” at the border. In an article published earlier this month, The New York Times acknowledged that the humanitarian crisis of illegal immigration has hit a “breaking point.”

The president’s call for rehashing US asylum policy comes as arrests at the southern border are increasing dramatically. Border agents made more than 100,000 arrests or denials of entry in March; a 12-year high. Immigration courts that process asylum claims, currently have a backlog of more than 800,000 cases, and asylum applicants are increasingly staying in the U.S. even after their claims for asylum have been denied.

“That emergency continues to grow increasingly severe,” Trump’s memo read. “The extensive resources required to process and care for these individuals pulls US Customs and Border Protection personnel away from securing our Nation’s borders.”

According to a White House fact sheet released along with the presidential memo, on average, “out of every 100 aliens subject to expedited removal who claim a fear of persecution, only about 12 will ultimately be granted asylum.”

And “around half of all aliens who make a credible fear claim and are subsequently placed in removal proceedings do not actually apply for asylum.”

Even though the vast majority of asylum applications are ultimately denied, they still take months and even years to fully process. Asylum law is intended to provide harbor only to refugees fleeing personal persecution based on a limited number of factors — such as political belief or religion — and does not protect individuals simply fleeing bad living conditions or poverty.

The White House and DHS officials did not immediately respond to questions about how much applicants might be forced to pay in asylum fees, and it is unclear how many families fleeing poverty would be able to afford such a payment.

The memo says the price would not exceed the cost of processing applications, but officials did not immediately provide an estimate for what that might be.

Immigration officials say one reason asylum claims are booming is that migrants know they will be able to live and work in the US while their cases play out — and, in many cases, even after their claims have been rejected. This is why Trumps memo also called for withdrawing the ability of asylum seekers  to obtain provisional work permits, and to immediately revoke such permits from any asylum seeker who already has one under the old laws, once their claim has been denied.

Trump is also calling on DHS to reassign immigration officers and any other staff “to improve the integrity of adjudications of credible and reasonable fear claims, to strengthen the enforcement of the immigration laws, and to ensure compliance with the law by those aliens who have final orders of removal.”

9 thoughts on “Trump Calls for Tough Changes on Asylum Policy”