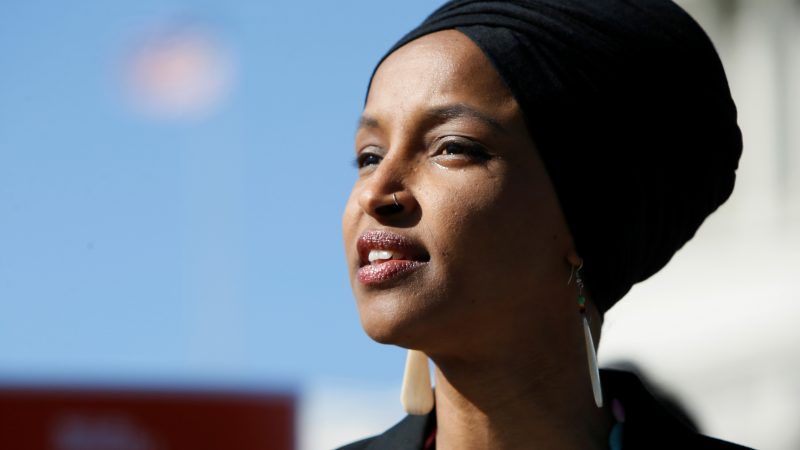 While most of the “mainstream media” was tied up with nonsense over a sharpie and a map, it went unnoticed by most Americans that law enforcement just lost a key anti-terrorism tool.

In a district court ruling in the Eastern District of Virginia last week, Judge Anthony Trenga ruled against the use of terror watch lists, saying that it violated the Constitutional rights of Americans placed on the list. Critics of the program include Muslim-American advocacy groups who alleged that the program unfairly targets and profiles Muslims.

While most of you may have missed this ruling and its implications to National Security, do you know who did notice it – controversial freshman Representative Ilhan Omar – she cheered the Justice’s decision. The Democratic Minnesota Rep. joined Michigan Rep. Rashida Tlaib in celebrating the court ruling.

“This is tremendous,” Rep. Omar said. “Congratulations to everyone who worked so hard to make sure Constitutional rights are extended to all regardless of religion, race or ethnicity!”

Rep. Tlaib also chimed in, writing, “I have heard of horrifying stories of Muslim Americans who were placed on the so-called ‘watch list,’ with no pathway (you know, due process!) to getting their names removed. Today, it’s Muslims, but tomorrow it can be you, if we don’t stop this madness.”

Omar and Tlaib, two members of the so-called “Squad” of progressive women in the House of Representatives, are also the first two Muslim women to be elected to Congress. Last month, Omar accused Republicans of “losing their minds” over Muslims winning elected office.

Both women have faced allegations of anti-Semitism due to their rhetoric on Israel and the Boycott, Divestment, and Sanctions (BDS) movement.

In August, both women were banned from entering the State of Israel, a move that President Trump applauded, as he has repeatedly accused them of anti-Semitism.

“It would show great weakness if Israel allowed Rep. Omar and Rep.Tlaib to visit,” Trump said in a tweet. “They hate Israel & all Jewish people, & there is nothing that can be said or done to change their minds. Minnesota and Michigan will have a hard time putting them back in office. They are a disgrace!”