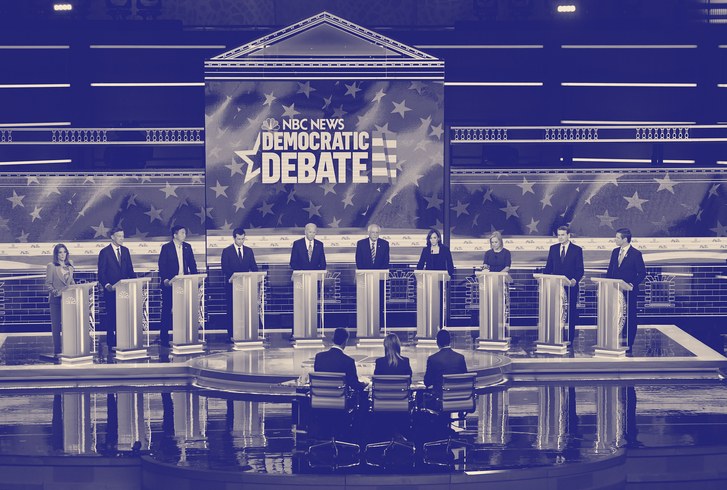 What If Republicans Followed Democrat Examples Going Into 2020 Elections?

In you were to examine many of the actions taken by various Democrats starting with the 2008 election season until now, you would find that many of those actions are the same thing as what they are accusing President Donald Trump or other Republicans of doing, only when done by Democrats, it was perfectly acceptable in their minds.

During the 2008 election, a pair of New Black Panther members were witnessed intimidating voters at a polling location in Philadelphia. The evidence was overwhelming and they were subsequently charged by the Department of Justice. After Barack Hussein Obama was sworn into office and his minion Erik Holder became US Attorney General, the DOJ attorney handling the legal case against the New Black Panthers members, was ordered to drop all charges and the case was dismissed. The DOJ attorney, John Christian Adams was so upset by the order to dismiss the case, that he quit the DOJ. Is it any coincidence that in 2006, Obama was photographed marching with the very same two New Black Panthers?

There were many reports of voter fraud on the part of various Democrats in the 2008, 2010, 2012 and 2014 elections. When Holder was Attorney General, the DOJ actively fought to block voter ID laws and the efforts of some states to clean up their voter registration rolls by removing dead people and those that had moved out of the state.

In Cincinnati, a Democratic poll worker was arrested and charged for voting for family and friends, including one who had died months earlier. Democratic voter registration workers were caught instructing people how to vote more than one vote or how to vote in more than one state. Voting machines in various locations were automatically recording votes cast for Mitt Romney for Barack Obama. In the same 2012 election, 149 voting precincts in Cleveland recorded 100% of their votes of Obama, something that most statisticians and experts say is highly improbable and statistically impossible. People, mostly Republicans, were showing up at polling stations to vote, only to be told that they had already voted, when they hadn’t.

In the 2016 election, reports circulated that over 3 million votes were illegally cast by non-citizens, mostly illegal aliens who voted Democratic – Hillary Clinton. FYI, Clinton supposedly won the general election by LESS than 3 million votes. When Trump tried to have these claims investigated, he was blocked by Democratic controlled states and those controlled by RINOs.

States like California and Oregon had passed laws that automatically registered illegal and legal aliens to vote, even though they legally are not allowed to vote. California is home to over 3 million illegal aliens, most of which would vote Democrat if given the chance to vote and some claims have been made that many did vote, illegally.

Democrats spent millions of taxpayer dollars trying to prove that Trump or members of this campaign colluded with Russia to win the election. Part of that claim came by Russian nationals using social media.

Remember when a British firm had datamined a list of voters from Facebook and tried to supply the information to the Trump campaign, which refused to accept the list. It made a ton of news at the time. What the same sewagestream media DIDN’T tell anyone is that the Obama campaign had done the very same thing during the 2012 campaign and they DID use the information they gleaned.

Now, a number of Democrats, including some running for the White House are pushing an effort to allow any and all non-citizens, including illegal aliens, to vote in future elections. They also want open borders to allow anyone wanting to come to the US to freely enter.

PS, did you know that Mexico requires a voter ID in order to vote, but Democrats not only oppose voter IDs, but they want to allow Mexican nationals to vote here in America.

So, what if Republicans helped about 10 million-20 million foreign nationals into the country who would vote from Trump and other Republicans? Do you think Democrats would tolerate it? Chances are, they would finally work to close the border and accuse Trump and Republicans of collusion and vote tampering.

What do you think Democrats would do if Republicans intimidated voters, taught people how to vote more than once or in more than state, how to vote for dead people or living people before the real living people get a chance to vote or rigged voting machines to turn votes for Democrats into votes for Donald Trump? If you think Democrats have been screaming about Trump and Republicans for the past 2 and half years, imagine how they would be screaming if Trump and Republicans did some of the same things Democrats have done to sway elections?

2 thoughts on “What If Republicans Followed Democrat Examples Going Into 2020 Elections?”