Snowden Is On The Search Of Cracking Your Conspiracy Theories 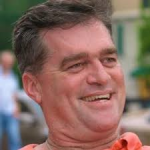 Edward Snowden, the infamous Wikileaks whistleblower who’s being sought by the US government for alleging endangering US national security, says he’s seen no evidence that the federal government is concealing evidence of the existence of aliens. Snowden should know: As a former employee of the National Security Agency (NSA) with a top-secret security clearance, he had access to all of the government’s classified military secrets.

Snowden says he reviewed all of the government’s databases looking for evidence that it was hiding evidence of alien sightings or landings.  He found none.

Snowden also searched for evidence that the 1969 moon landing was staged – another staple of conspiracy theorists.  He said that he could find none, and is convinced that the landing did occur, in fact.

Snowden says he understands why people are invested in conspiracy theories of this kind.  It helps make sense of a confusing world with its many dark and mysterious undercurrents.

Snowden, of course, is well aware that people in top positions in government often are calling the shots, and at the public’s expense.

His revelations in 2013 about the NSA’s massive surveillance of US citizen cell phone and email records caused a storm of controversy and deeply embarrassed the administration of Barack Obama.

At the time, Snowden was working for the CIA as a contractor and had access to all of the government’s top secret databases.  He decided to copy classified records and posted them on the web site Wikileaks. He also shared them with a trio of journalists who began writing stories about their contents.

Snowden soon became a national sensation – and to some a folk hero.

Following release of the classified documents, estimated to number a million or more, Snowden was charged with violation of the Espionage Act and he fled the United States and obtained asylum in Russia, where he continues to live and give interviews.

Snowden is largely responsible for much of what the public knows about secret US surveillance collaboration with Google and Yahoo which have allowed it to hack into daily citizen communications at will, without any search warrants or probable cause of criminal wrongdoing.

He also exposed a host of other clandestine intelligence collaboration programs between the United States and European governments, forcing some governments to cancel their programs after public protests.

Snowden first raised his ethical concerns through official channels but was rebuffed.  He decided to go public as a last recourse.

In his recent podcast, Snowden says he believes that aliens “probably do exist” but if the government knows about them, “it’s doing a damn good job of hiding it.”

Snowden admits that even his own research is not infallible.  “It could be hidden…even from people who are on the inside,” he told Rogan.

Other US government sources, including former Nevada Senator Harry Reid, an alien “truther,” has said publicly that such evidence exists but that he’s not at liberty to discuss it.

And the Chinese government is a believer, too.  Beijing recently set up the world’s largest radio transmission facility in the hopes of making contact with aliens.