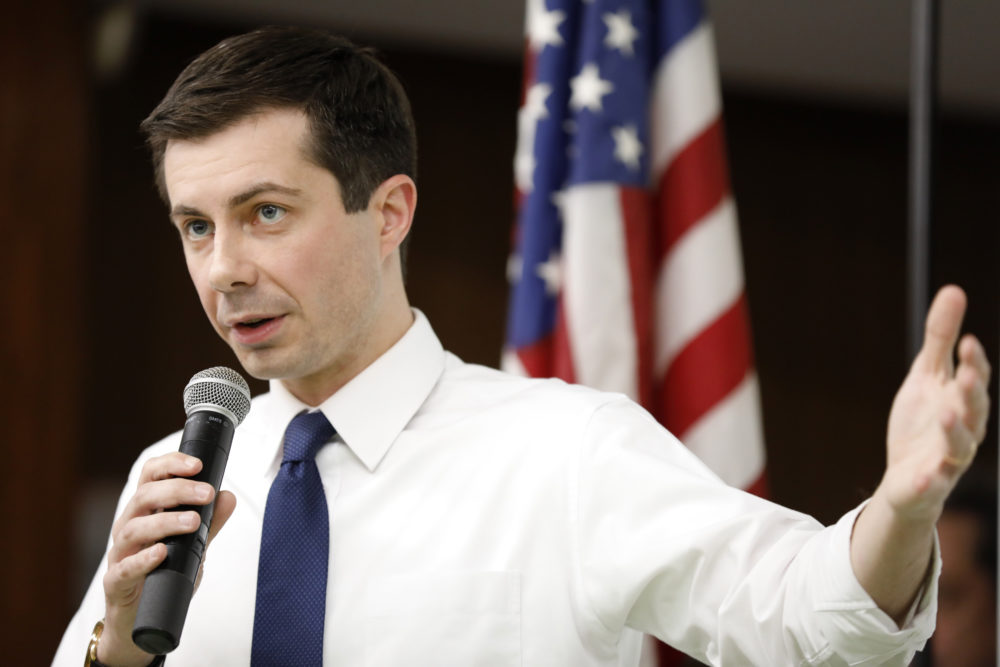 According to a breaking Iowa poll, former South Bend Mayor, Pete Buttigieg, now has a narrow lead over his top rivals for the Democratic nomination.

The 37-year old, “Mayor Pete,” as he has come to be known on the campaign trail, now stands at 22 percent among likely Democratic caucus-goers in Iowa, according to the Monmouth University survey, with former Vice President Joe Biden at 19 percent, Sen. Elizabeth Warren of Massachusetts at 18 percent and Sen. Bernie Sanders of Vermont at 13 percent.

Buttigieg’s 3-percentage-point advantage over Biden is within the poll’s margin of error but represents a remarkable surge for the young Democratic hopeful. Buttigieg has soared 14 points since Monmouth’s last survey in Iowa, which was conducted in August. Biden’s dropped 7 points, Warren’s edged down 2 points, and Sanders has jumped 5 points from the August survey.

The just released latest Monmouth survey is the first in Iowa to indicate Buttigieg has not only joined the top tier of candidates but now leads them, at least in that state. A Quinnipiac University survey in Iowa released last week showed Warren at 20 percent, Buttigieg at 19 percent, Sanders at 17 percent and Biden at 15 percent.

Buttigieg, once thought to be the longest of longshots for the nomination, has been steadily gaining ground on the front runners. He first soared in the spring to middle-tier status. The U.S. Naval Reserve veteran who served in Afghanistan and who would be the first openly gay president if elected, has surged again over the past few months to reach top-tier status, and be taken seriously as a contender for the nod.

“Buttigieg is emerging as a top pick for a wide variety of Iowa Democrats. While he has made nominally bigger gains among older caucus-goers, you really can’t pigeonhole his support to one particular group. He is doing well with voters regardless of education or ideology,” said Patrick Murray, the director of the independent Monmouth University Polling Institute.

“Reports suggest that Bloomberg will skip the February contests if he does get into the race. With dismal numbers like these, it’s easy to see why. But I really cannot imagine that Democrats in the Super Tuesday states would be significantly more receptive to him than Iowa voters,” Murray said.