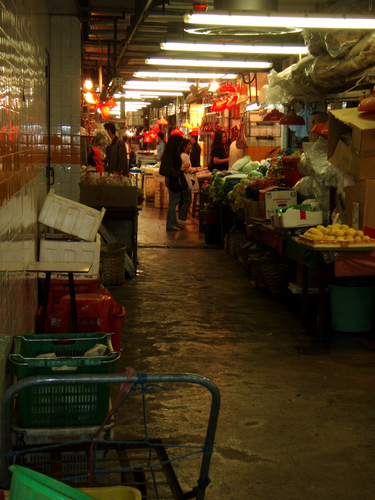 The wet markets in Wuhan, China, are incubators of global pandemics. Dr. Anthony Fauci believes they should be shut down immediately. He said, “It boggles my mind how, when we have so many diseases that emanate out of that unusual human-animal interface, that we just don’t shut it down.”

Our U.S. intelligence community has evidence that Chinese government officials are hiding the truth concerning the extent of the coronavirus outbreak in China. Underestimating Chinese deaths and total cases of the virus only broadens the breach of trust between communist China and our nation.

Even Chinese citizens of Wuhan, the epicenter of the disease, are skeptical of official government estimates as they see thousands of ash urns outside funeral homes in their city.

Here’s a look into China’s wet markets, places where the exotic and epidemic has already become pandemic.

Fact 1. Wet Markets sell freshly slaughtered meat and fish, and water is used to wash away potential stench and sickness

Most farmer’s markets in the U.S. can be considered dry markets.  Local farmers and vendors come to sell their fruits, vegetables, and various goods. Frozen and processed beef, pork, and chicken are the only meats sold at my hometown farmers market.

Around the world, the sights, sounds, and smells at “wet markets” are much different. You can see exotic and indigenous animals locked in cages or fish melting on ice. Blood is splattered on the ground as animals are slaughtered on the premises. The reek of animal urine, feces, and blood grows stronger as the temperature rises.  Vendors seek to wash away animal droppings and body fluids with their water hoses and buckets — thus the name, wet markets.

Fact 2. Zoonotic diseases are uniquely problematic to the wet markets in mainland China

Crowding wild and indigenous animals into hot and humid cages in these markets sets the stage for a cauldron for contamination and contagion. It has been described as a “smorgasbord of dogs being boiled alive, bats served on sticks like lollipops, kittens slaughtered, rats fried, and giant snakes carved up for human consumption, with the blood splattering everywhere.”

Zoonotic diseases jump from animals to humans. The stress of captivity of wild and domesticated animals and the prolonged chaos found in these markets can cause the immune systems to deteriorate in some animals. The environment becomes ripe for viruses from different species to mix and mingle — sharing bits and pieces of their genetic code, according to biologist Kevin Olival with EcoHealth Alliance. With the direct or indirect contact between these animals and humans the virus is spread.

Fact 3. COVID-19 did not originate with American soldiers in Wuhan, China.

The Military World Games were held in Wuhan on October 18-27, 2019, and 300 U.S. military personnel participated, along with soldiers from around the globe. While none of these soldiers tested positive for the coronavirus, they became the perfect foil for a conspiracy theory.

On March 12, Zhao Lijian, Communist China’s Ministry of Foreign Affairs spokesperson, wrote on Twitter, “When did patient zero begin in US? How many people are infected? What are the names of the hospitals? It might be US army who brought the epidemic to Wuhan. Be transparent! Make public your data! US owe us an explanation!”

Fact 4. The Huanan Seafood Wholesale Market in Wuhan, China is believed to be the source of the early cases of COVID-19.

Dina Fine Maron, an investigate reporter for Wildlife Watch (a project between National Geographic Society and National Geographic Partners) wrote today that, “Hunan Seafood Wholesale Market, which Chinese public health authorities say was the origin of most early cases of the novel coronavirus, was closed in early January. The market sold fresh produce and seafood, as well as wild animals that were slaughtered for meat. It has not been reopened.”

Some Chinese scientists are now saying that the pangolin is the animal that jumped the virus over to humans. The pangolin is one-of-a-kind, for it is the only mammal totally covered in thick protective scales.  It eats ants, termites, and larvae with its long sticky tongue.

A much darker narrative is that the novel coronavirus originated in a Wuhan laboratory using intermediate horseshoe bats from China in experimentation and the killer virus escaped. Two of the labs are near the wet market in Wuhan.

Fact 5. On February 25, the Chinese legislature banned the buying, selling, and eating of wild animals to prevent zoonotic diseases jumping from animals to humans.

One report indicates that Chinese consumption of certain wild animals is “driven as much by the desire to flaunt wealth by a mixture of superstition and belief about the health benefits of wildlife.” Only the very wealthy can order a bowl of soup made with palm civet (a cat-size mammal indigenous to jungles throughout Southeast Asia). Fried cobra and braised bear paw are two more items on the exotic menu for wealthy Chinese.

President Trump describes our current enemy as COVID-19, and it is  “our big war.” He describes it as a “medical war” and one that “we have to win.” Part of fighting this war is dealing with the truth.

Confucius once said, “three things cannot long be hidden: the sun, the moon, and the truth.” Sadly, the Chinese Communist Party has not always been truthful with the free world.