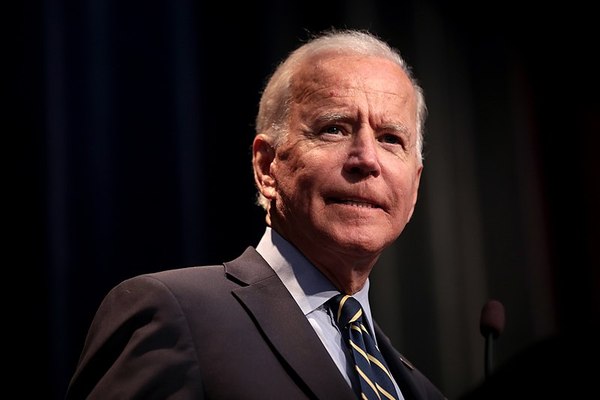 Posted By: freedomon: May 04, 2020In: Threats to Speech1 Comment
Print Email

It is neither novel nor a hot take to say president Donald Trump will be re-elected.  While 2020 is far from a redux of 2016, one similarity prevails: Trump has no rival.

Despite an economy in shambles from the CCP COVID-19 economic nuclear freeze with 20% unemployment, ushering a Great Depression II, Trump is the only candidate positioned to lead the nation out from the bottom.

Will Trump be blamed for the unnecessary nationwide lockdowns, and resulting carnage?  Of course, but who would have done it differently, and do a better and more timely job of restoration?  Joe Biden, or some other Democrat?

Barack Obama, Joe Biden, and the Democrats inherited the Great Recession in 2008–9.  They engineered the most flaccid “recovery” from a major downturn in history.

In eight years Obama/Biden doubled the national debt and couldn’t budge GDP growth much above 1%, while presiding over some of the worst functional jobless numbers and workforce participation levels; zero wage growth overall, depressed wages and job losses for those displaced by illegal aliens; manufacturing decimated; China ascendant.

In three years, Donald Trump reached full employment with six million unfilled job openings, record workforce participation, and the lowest black and Hispanic unemployment rates since such data were tracked fifty years ago.  His policies provoked sharp wage growth and put an end to the China subversion of U.S. interests.

Despite the extreme hardships, abject suffering, and unresolved anxiety, voters know that the best chances for alleviating their stress and despair is Trump, because he has done it once already.  The Democrats have never done it.  A Democrat in the White House would prolong the pain for at least four years, with no hope on the horizon.

The voters, having tasted the bitter lockdown/stay-at-home menus, also know that more repression and totalitarian tendencies from the Democrat command-and-control petty tyrants, would become an astronomical tidal flood, sweeping away aspirations forever.

There are other reasons Joe Biden won’t be president.  Dementia is foremost, accompanied by his inability to be coherent even when alert.  Biden’s Ukraine, China, and other lifelong corrupt dealings will be fully exposed.

Biden will likely be implicated for at least his oblique assent in the forthcoming DOJ indictments in the multi-tiered criminal conspiracies to deny Trump the nomination in 2015–16, to derail his election versus Hillary Clinton, and then to subvert his presidency.  And how many times will Trump quote from the memoirs of former sec. of defense Robert Gates?  “Biden has been wrong on nearly every major foreign policy and national security issue over the past four decades.”

Would odds-makers take a bet on Biden in the ring with Trump in a general election?  After five minutes in a presidential debate, the moderators will feint a broadcast equipment failure as an act of mercy for a disoriented and humiliated Joe Biden.  So why won’t the Democrats replace him with someone who at least has a puncher’s chance?

Because the Democrats know that Trump can’t be displaced.  Trump’s base isn’t going anywhere; indeed, those people are supercharged, and independents are disgusted with the Dems’ Russia collusion nonsense, impeachment distraction, and more recently the cavalier and cynical approach to the CCP COVID-19 relief and recovery legislation that won’t be forgotten.

Yet Biden, despite all his fatal defects — including vacating the so-called moral high ground due to his sexual assault debacle — will survive as their nominee.  Why?

Because there is no one to replace him.  If Bernie Sanders is the replacement, the Democrat Party will be finished.  If someone other than Bernie is the substitute for Biden, Bernie-supporters will riot, if not stay home or vote for Trump.

None of the Dem U.S. senators, erstwhile presidential aspirants, could compete with Biden.  How would they take down Trump?

None of the Dem governors would be able to defend their brutal record in killing their economies and quashing civil liberties in handling the CCP COVID-19 panic.  Nonetheless, the best of that bad lot need to be preserved for a better day.

And so, Joe Biden will survive to be the Dem ballot champion, as he is the necessary sacrificial zinc.  If Democrat Party captains want to salvage any bronze fittings, prop shafts, aluminum, iron, and other metals from destructive electrolysis, they need Joe Biden as their political anode.

Better to forfeit today, even if humiliated, rather than face disintegration, with no hope to rescue anything that floats, for a voyage later.