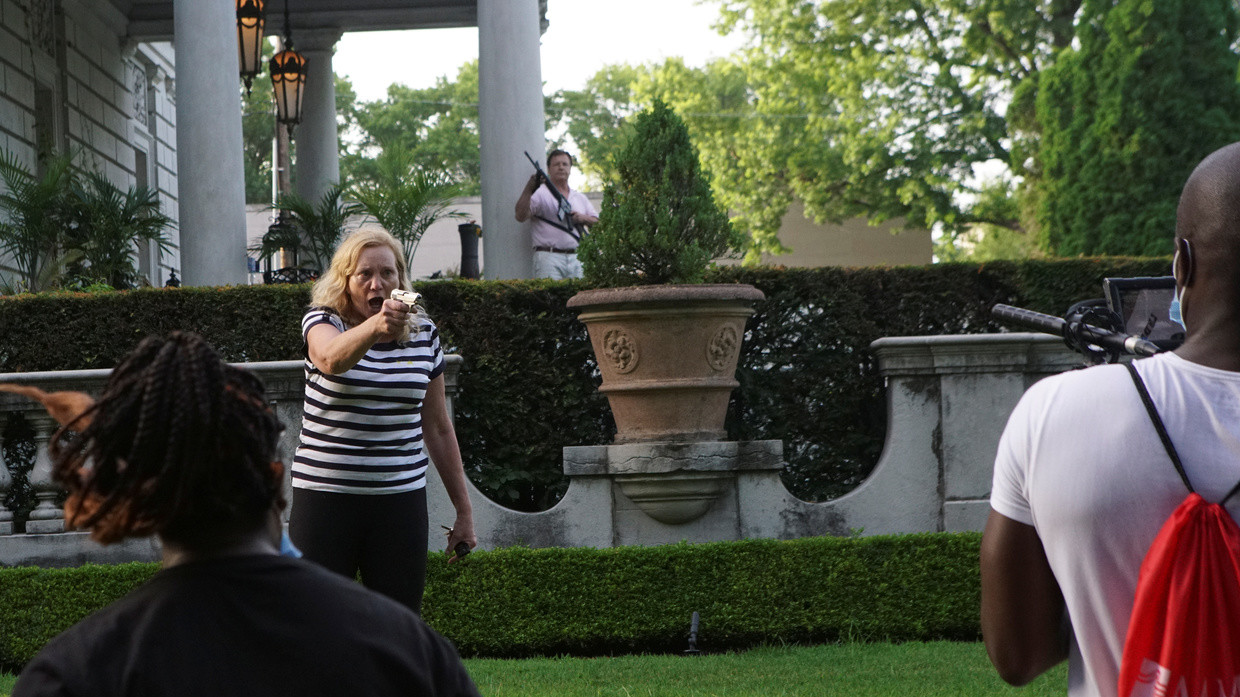 A St. Louis couple stood on the front lawn of their mansion armed with weapons to defend their family and their property against a mob of Black Lives Matter “protesters.”

On Sunday a mob of about 500 protesters marched to Mayo Lyda Krewson’s home in the Central West End to demand her resignation.

The mayor’s home is in a gated, private community – so in a nutshell – the Black Lives Matter crowd was trespassing.

The couple who own the mansion were identified as attorneys and they are being lynched by the Mainstream Media. The running narrative is that rich white people were pointing guns at peaceful black protesters.

However, the video clearly shows hundreds of protesters marching on their private property. They were well within their rights to defend themselves against this invading horde of thugs.

In recent weeks we have seen Black Lives Matter causing mayhem across the nation. On Friday another gang of of BLM thugs marched on Beverly Hills chanting, “Eat the Rich.”

I’m assuming the rich homeowners in St. Louis did not want to be eaten.

By the way — guess which home was not looted?