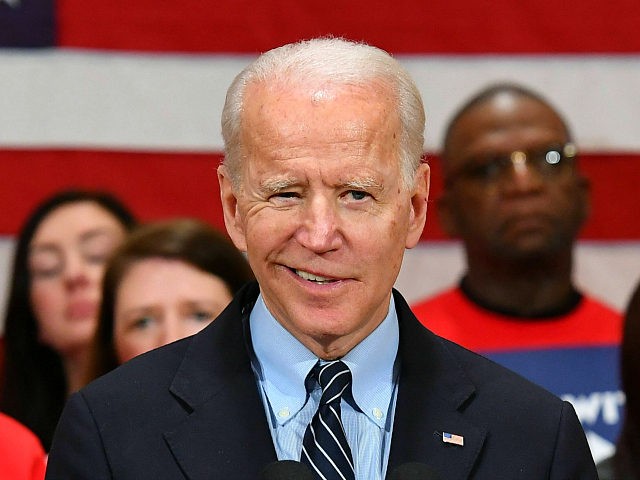 Joe Biden has made it a campaign talking point to demand the race data of coronavirus cases, but his campaign hasn’t been forthcoming about the diversity of his own staff.

“Look at my staff,” Biden said in December, according to BuzzFeed News.

“I have the most diverse staff of anybody running. I’ve always done that.”

Biden’s campaign refused to give any detail about the claim after he made it. And more than six months later, he has yet to back up the assertion or provide any data on the diversity of his campaign staff — marking a significant break at a time of national reckoning over racism and issues of inclusion and equity with the standard of transparency set by Democratic candidates during the last presidential election.

Biden’s presidential campaign, staffed at the top by a predominantly white team of advisers, declined this week to disclose the number of people of color on payroll, or detail the way in which they track diversity data internally.

“We have asked them a couple times to make their staff diversity data public,” said Alida Garcia, founder of a group called Inclusv, which intends to “promote racial diversity in national politics and develop a talent pipeline for people of color.”

“We have not received a commitment that they intend to share, but it’s our hope that when this current hiring sprint is over they will do that.”

But Biden has focused heavily of racial matters during the campaign, from frequently referencing the protests in Charlottesville, Virginia, to pledging to nominate a “woman of color” to the U.S. Supreme Court.

He even demanded the “release of comprehensive racial data amid the coronavirus pandemic.”

“This pandemic is shining a light on so many inequities in our society — the lack of paid sick leave for workers, the need for stronger unemployment insurance, the necessity for a livable minimum wage,” Biden wrote on Medium.

“Unsurprisingly, it’s also amplifying the structural racism that is built into so much of our daily lives, our institutions, our laws, and our communities.”

In calling for more transparency, he said, “Not just data on age, but also on income and race, so we can focus resources on where help is needed first and fastest.”