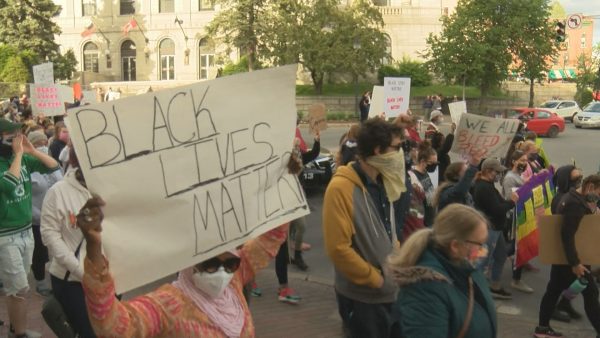 Lawsuits are popping up around the country in the wake of the unrest stemming from the death of George Floyd, with groups claiming police have violated the rights of journalists and protesters — and others citing President Trump’s statement that Antifa is a terror group as support for legal action against it for previous violence.

In one of the most high-profile actions, the D.C. chapter of Black Lives Matter is suing Trump, Attorney General Bill Barr, Secretary of Defense Mark Esper and other federal officials over action taken against protesters in Lafayette Square on Monday ahead of a trip Trump took to the area to take photos in front of a church that had been burned the previous night. The suit is backed by the American Civil Liberties Union of Washington, D.C.

“The President’s shameless, unconstitutional, unprovoked, and frankly criminal attack on protesters because he disagreed with their views shakes the foundation of our nation’s constitutional order,” ACLU D.C. Legal Director Scott Michelman said in a statement. “And when the nation’s top law enforcement officer becomes complicit in the tactics of an autocrat, it chills protected speech for all of us.”

The suit accuses the president and attorney general of “ordering the use of violence against peaceful demonstrators who were speaking out against discriminatory police brutality targeted at Black people.” It also seeks an injunction against future similar acts and damages.

Meanwhile, journalist Andy Ngo is suing Antifa, a group allegedly involved in the violence of the past two weeks, in the wake of Trump’s move to call it a terror group. Ngo is known for his coverage of Antifa and last year faced a series of attacks while covering the violence incited by the Portland, Ore.-based Rose City Antifa group.

“Defendants have sought to suppress independent journalist Ngo’s activities through a coordinated pattern of violent, harassing, and stalking behavior. Defendant Rose City Antifa is an offshoot of Antifa, a group deemed a ‘domestic terrorist group’ by the U.S. government, and widely known for its organized violence and riotous behavior,” the suit says.

It continues: “Ngo, with his persistent reporting, has brought to light many misdeeds of this terrorist organization and is perhaps more responsible than any other American journalist for increasing public awareness of the threat Antifa and its followers pose to public safety.”

Five individual members of Antifa and its “allies” were identified and named in the suit.

Ngo is being represented by the conservative Center for American Liberty and lawyer Harmeet Dhillon.

Yet another journalist is suing not rioters, but the police in Minneapolis. The suit is being brought by the Minnesota chapter of the ACLU on behalf of independent journalist Jared Goyette, who alleged that he “was deliberately targeted and shot with a rubber bullet during the course of his reporting activities.”

The suit names several members of Minnesota law enforcement and the city of Minneapolis, and alleges that Goyette’s First, Fourth and Fourteenth Amendment rights were violated. It also seeks to represent other journalists who were harmed or hampered by police action while covering protests and riots and specifically mentions CNN reporter Omar Jimenez, who was handcuffed on live television while apparently making efforts to comply with police orders.

“We are pleased that the crucial demonstrations to stop police violence & allow Black people to live with dignity can continue,” the group said in a tweet.

And the Legal Aid Society of New York City, which bills itself as “[t]he nation’s oldest law firm for low-income families and individuals,” sued the city over an alleged violation of a rule that arrested New Yorkers must be arraigned within 24 hours of their arrest.

According to the New York Daily News, that group’s request for the immediate release of hundreds of people who had been arrested and were detained for more than 24 hours was denied by a judge who said an exception to the rule was possible because of unusual circumstances — like widespread riots in the midst of a pandemic.

The Legal Aid Society tweeted that it stood ready to take further action.

“We strongly disagree with this ruling. As of 6 PM tonight, 160 NYers citywide remain in custody 24+ hours after their arrest, which is some progress, but 160 NYers too many,” it said in a Thursday night tweet. “We’ll continue to monitor this situation and we are ready to appeal if necessary.”

We strongly disagree with this ruling.

As of 6 PM tonight, 160 NYers citywide remain in custody 24+ hours after their arrest, which is some progress, but 160 NYers too many.
Manhattan judge denies Legal Aid request to free hundreds of George Floyd protesters held more than…

As of the Thursday afternoon hearing, the number of people arrested in Manhattan who have been waiting to see a judge in cramped cells for more than 24 hours had climbed to 202, according to a lawyer…

Floyd died after a Minneapolis police officer used his knee to pin him to the ground by his neck for several minutes last Monday as Floyd begged for air. The incident was caught on video and drew harsh backlash, leading to widespread protests against police brutality and racial inequality.

Some of those protests escalated into violent riots, with officials blaming various groups for co-opting the protests for their own radical purposes.