A Connecticut man was arrested after officers responded to a report of someone “humping trees” in a Naugatuck neighborhood.

Naugatuck Police responded to a report of “an unknown male in a back yard, half-dressed, humping trees, screaming, and eating branches” at about 3 p.m. on Thursday, Nov. 12.

Police said the suspect ran into a nearby house when officers arrived. Police said residents of the home fled their home in fear.

Police said the suspect, identified as 36-year-old John Fignar, came out of the house and was taken into custody. While he was being arrested, police said he allegedly spat at and assaulted officers.

Fignar was evaluated at an area hospital, and was booked on charges of second-degree criminal trespassing; disturbing the peace; resisting arrest; and assaulting a public safety officer. He was held on $25,000 bond. 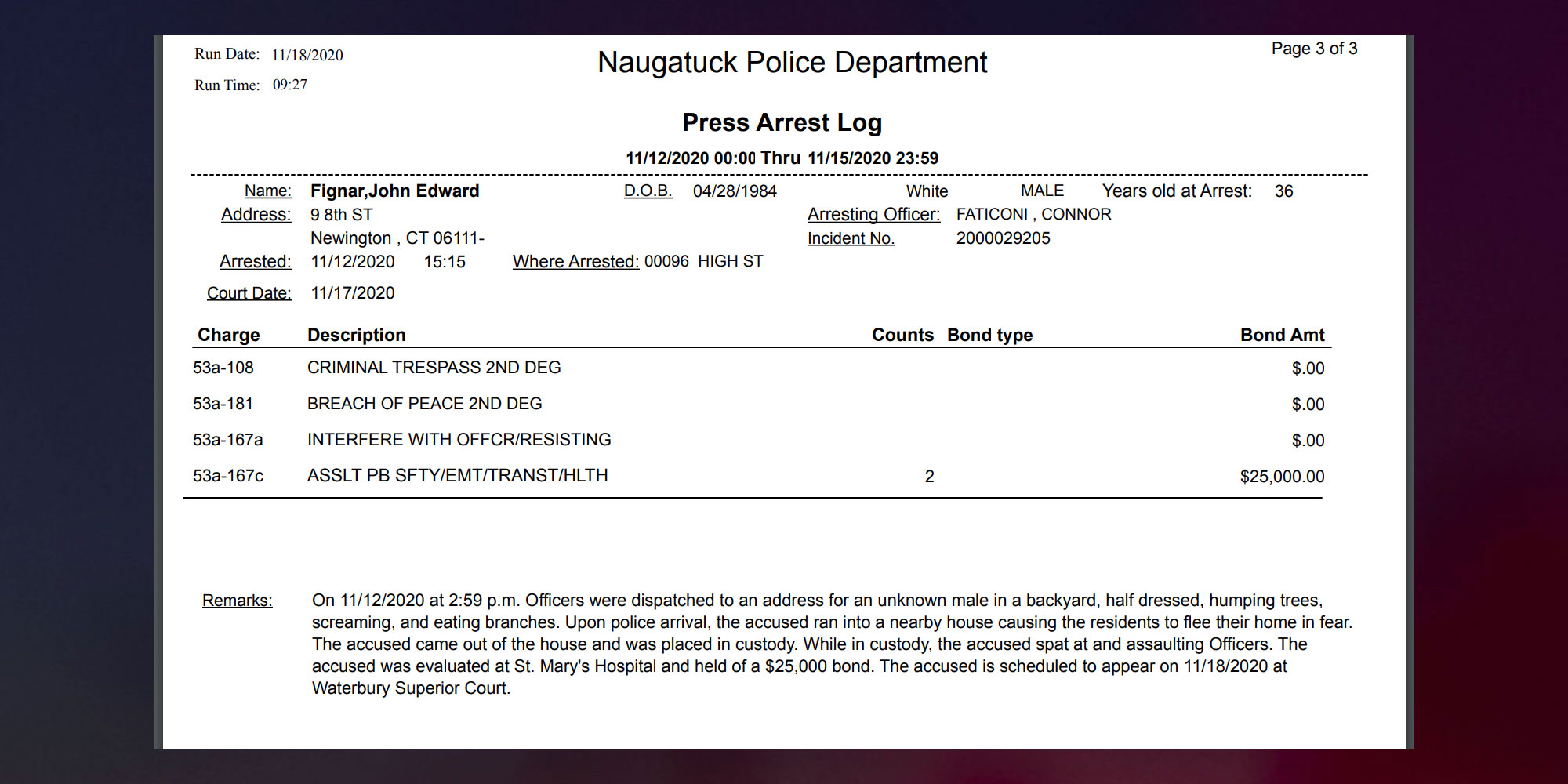 The Waterbury Republican-American quotes Naugatuck Police Deputy Chief C. Colin McAllister: “With their experience, officers recognized he was in a state consistent with possible hallucinogens or a psychotic episode.”