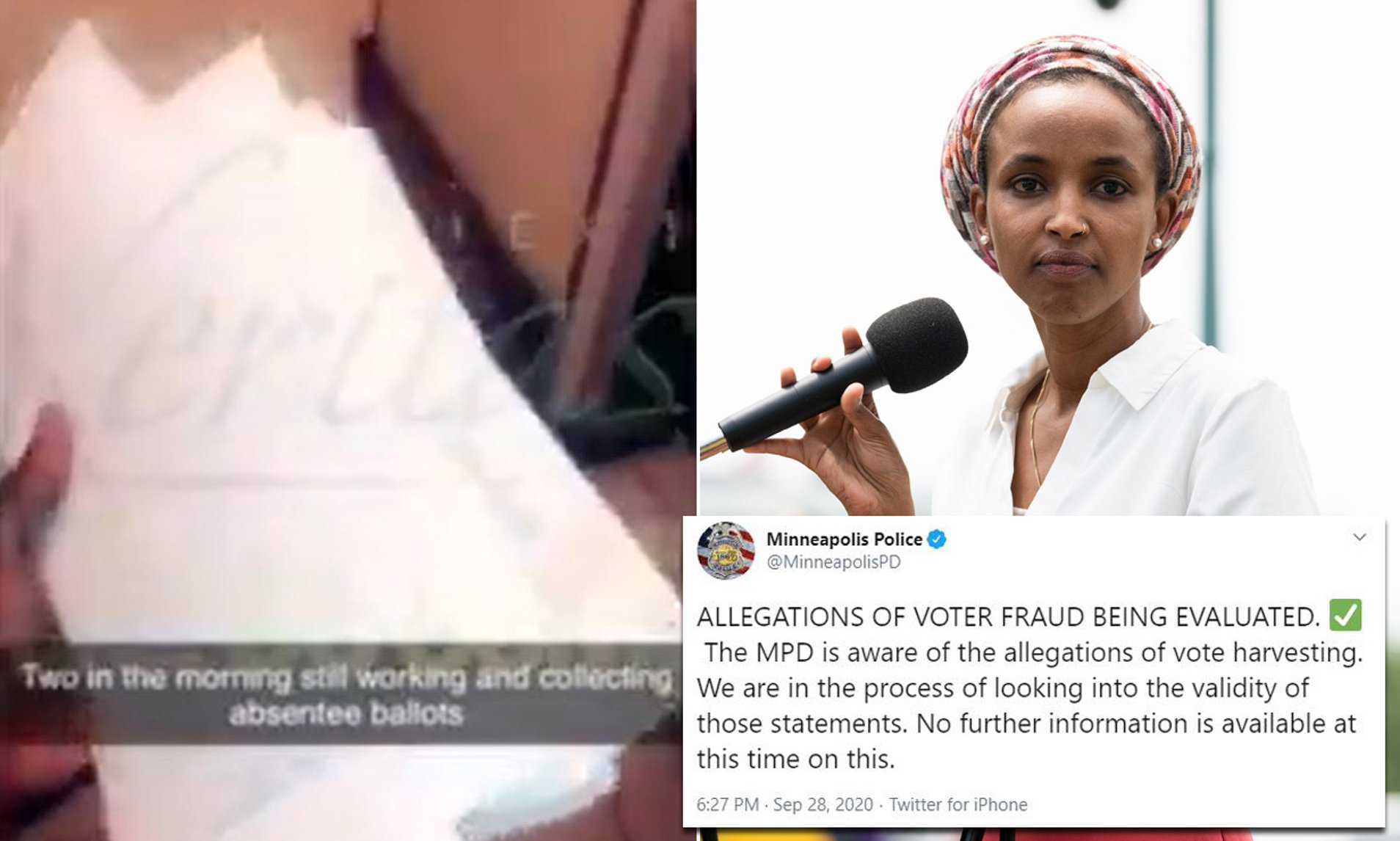 Minnesota’s Ilhan Omar is, once again, seemingly at the center of a voter fraud scheme and, once again, Project Veritas has uncovered video evidence that shows fraud being admitted to and even taking place.

The video begins with Project Veritas founder James O’Keefe introducing the video and showing an exchange of $200 for a ballot by a ballot harvester. Then video then cuts to a man being interviewed and admitting that he was paid $800 for his ballot.

Project Veritas described it as a “pay-to-vote” scheme with possible connections to Omar. Within the video, insiders tell a journalist that Omar came up with the scheme to harvest the ballots by paying for them. What’s more, it would seem that a group called Al-Shabaab (a group with close ties to Al-Queda) is extorting money from various citizens in order to be left alone.

The fraud we uncovered in Minneapolis should shock everyone.

Paying #CashForBallots is ILLEGAL. Where is the @FBI? Where is @TheJusticeDept? pic.twitter.com/mCoCn3ryVK — James O’Keefe (@JamesOKeefeIII) November 19, 2020

This isn’t’ the first time Project Veritas has uncovered a ballot harvesting scheme in Omar’s district.

In the previous video, the ballot harvesting scheme was described as an “open secret” with Omar having “hundreds of people” on the streets undertaking the harvesting.

“Ballot harvesting is real and it has become a big business,” said O’Keefe. “Our investigation into this ballot harvesting ring demonstrates clearly how these unscrupulous operators exploit the elderly and immigrant communities—and have turned the sacred ballot box into a commodities trading desk.”

The question now is “what will be done about it?”

Trump called for an investigation into the ballot harvesting going on in Omar’s district back in September and Minneapolis police began an investigation. Nothing has come of it yet.

What’s more, Omar’s only response to the allegations was to try to divert attention to the fact that Trump paid $750 in income taxes.

“The amount of truth to this story is equal to the amount Donald Trump paid in taxes of ten out of the last fifteen years: zero. And amplifying a coordinated right-wing campaign to delegitimize a free and fair election this fall undermines our democracy,” said Omar’s senior communications director, Jeremy Slevin.

It’s interesting that they won’t address the fraud directly, and will choose to put the spotlight on Trump instead.

If the footage Project Veritas acquired is legitimate then perhaps a federal investigation should be launched.