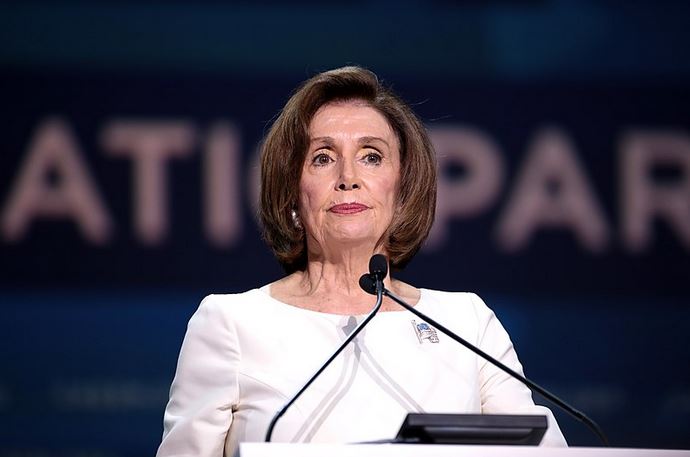 The apparent refusal comes amid Pelosi’s bid for another term as speaker of the House.

The outlet reported that during a Friday press conference, the network requested comment from Pelosi “several times,” including “multiple phone calls to Pelosi’s office,” regarding inquiries as to whether the long-serving Democrat opposes socialism and whether she would permit any self-identifying socialists elected in the Democratic caucus to hold leadership positions in the House.

“During a press conference on Friday, Pelosi acknowledged that there was a ‘difference of opinion’ among members of her caucus as a rift between moderates and progressives appears to have expanded following the 2020 election,” the outlet wrote, pointing out that in 2019, Pelosi had no problem insisting that socialism was “not the view” of the Democratic Party.

In her remarks, Pelosi said, “Our caucus has its differences. I would not want to lead in a caucus that was a rubber stamp, a rubber stamp, lockstep caucus. That’s called Republicans. We are the Democratic Party, and we have several exuberances in our midst, and that is representative of the districts that people come to Congress to serve, and we respect that.”

Socialism on the rise?

Fox pointed out that self-identified “democratic socialists” have been growing in the mainstream, including Sen. Bernie Sanders (I-Vt.) and Rep. Alexandria Ocasio-Cortez (D-N.Y).

“The subject of socialism is apparently becoming a growing concern among Democrats behind closed doors,” the outlet added. “A leaked recording from a Democratic caucus call showed Rep. Abigail Spanberger, D-Va., suggesting that socialism, in addition to ‘defund the police’ rhetoric, were to blame for several congressional defeats as their GOP opponents used the ideology as a bludgeon.”

In the recording in question, Spanberger can be heard saying, “We want to talk about funding social services, and ensuring good engagement in community policing, let’s talk about what we are for. And we need to not ever use the words ‘socialist’ or ‘socialism’ ever again. Because while people think it doesn’t matter, it does matter. And we lost good members because of it.”

Sen. Lindsay Graham (R-S.C.) on Tuesday shared the Fox News story and wrote, “How hard is it to renounce socialism if you really don’t believe in it? The reason she can’t renounce it is because the mainstream of her party — deep in their soul — backs socialism.”