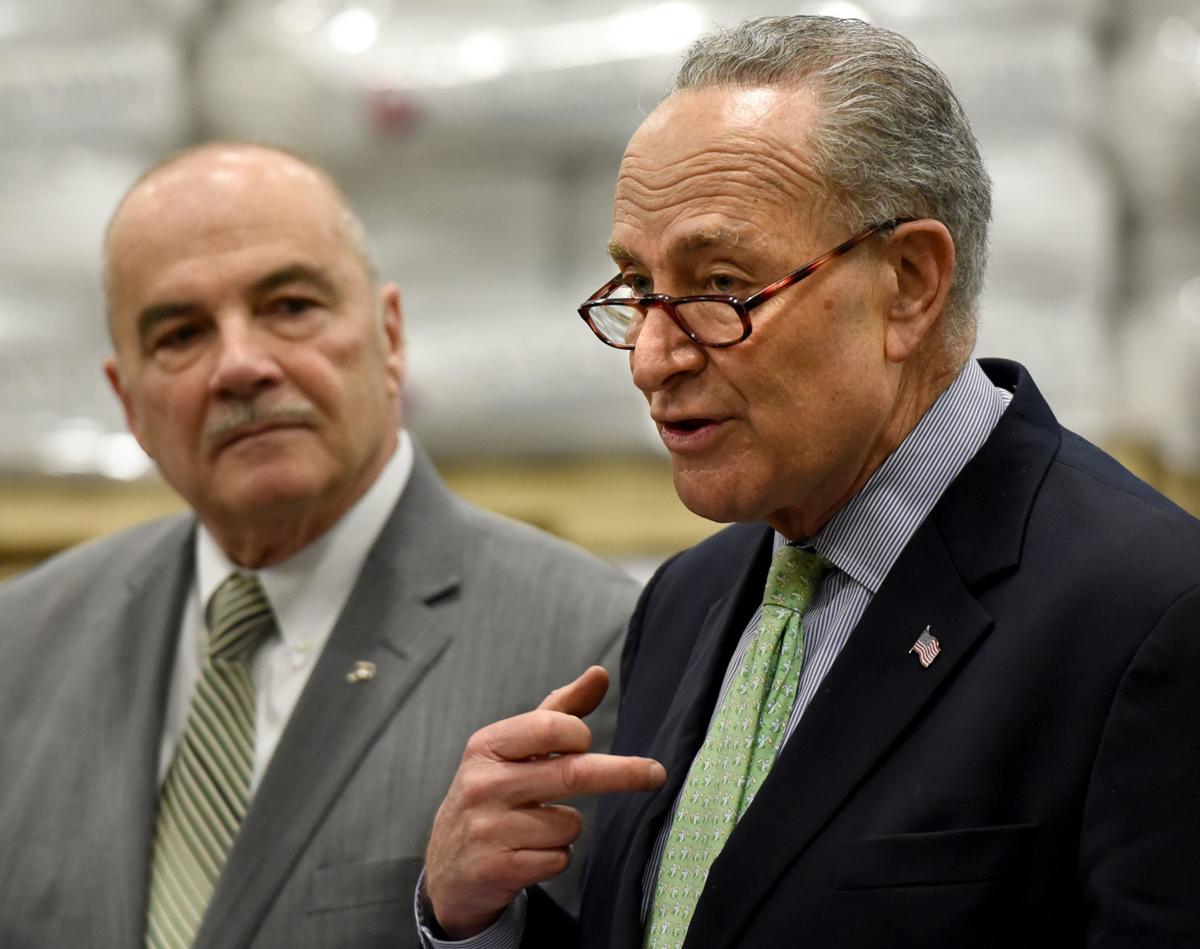 The chairman of the New York State Democratic Committee said Rep. Alexandria Ocasio-Cortez (D-N.Y.) should not challenge Senate Minority Leader Charles Schumer (D-N.Y.) in the 2022 Democratic primary, according to the New York Post.

“I think it would be a primary driven by ambition more than by need,” state party boss Jay Jacobs told the newspaper, saying he believed the progressive congresswoman would “absolutely” lose to Schumer.

“Chuck Schumer has been a progressive force in the state for decades,” Jacobs told the Post. “[Ocasio-Cortez] has a constituency that admires her and supports her, and they’re in her community, and I think it would be a loss for them if she were to do that.”

The New York congresswoman, a frequent critic of the party’s centrist wing who unseated a longtime incumbent in the Democratic primary to win her seat in 2018, has not directly expressed a desire to challenge Schumer.

She told Politico in April that she didn’t know whether she would ever mount such a challenge. President Trump has frequently claimed Ocasio-Cortez would defeat the New York senator in a primary.

More recently, in October, Ocasio-Cortez told Vanity Fair, “I don’t know if I’m really going to be staying in the House forever, or if I do stay in the House, what that would look like. I don’t see myself really staying where I’m at for the rest of my life.”

Ocasio-Cortez has frequently said Schumer and Speaker Nancy Pelosi (D-Calif.) should be replaced but also has said she is not yet prepared to take a leadership position herself.

“I do think that we need new leadership in the Democratic Party. … The internal dynamics of the House has made it such that there’s very little option for succession,” she said in a December interview with The Intercept’s podcast. “It’s easy for someone to say, ‘Oh, well, you know, why don’t you run?’ but the House is extraordinarily complex, and I’m not ready. It can’t be me. I know that I couldn’t do that job.”

The Hill has reached out to Ocasio-Cortez’s office for comment.