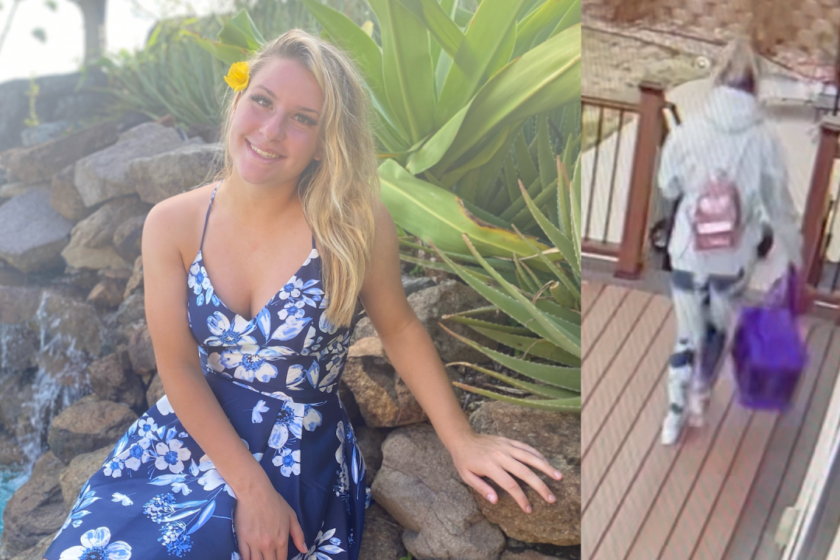 Warner left her Littleton home with her cat, but brought no money, phone or personal items along.

The family of the missing teenager is still desperate for answers more than a month after her disappearance.

“It’s been two days after a month, so it’s been brutal,” her mother Lacey Williams said.

Video captured by the family’s surveillance camera shows Cadence leaving through the backyard with nothing but the clothes on her back, a small backpack, and her cat inside a carrier.

“I’ve got cameras all around the house so I could physically see her, like, leave, hop the back fence, and she knew what cameras to avoid,” Williams said. “She took nothing. She doesn’t have any clothes. She has no money.”

Days prior to Cadence’s disappearance, Williams says they got into an argument, and she took her phone away as punishment. What she later found in the phone has rattled her.

“She had this whole separate life on her phone that we have. It was just really disturbing. Like, there’s men my age talking to her on there,” Williams said.

The men had been messaging Cadence on apps like TikTok and Facebook Messenger, and Williams believes they got her to leave her home.

“We have no idea even where to start with these people. Like, there’s people from out of state on there. There’s 35-year-old men. I’m at a loss,” Williams said.

The family hired a private investigator, but so far, they haven’t had any leads.

The Jefferson County Sheriff’s Office says its investigators have tracked several leads down but are still trying to locate Cadence.

“There is no supporting information known that supports Cadence is in any danger, any suicidal ideation or indication of being trafficked. She remains a runaway, but much work has been done in attempts to locate her.”

Cadence’s family was supposed to celebrate her 17th birthday on Sunday. Instead, they’re anxiously awaiting her return.

Lacey Williams, Warner’s mother said that she misses her smile and laugh in an email to The Denver Post. According to the email, Warner was funny, loved music and enjoyed baking and sports.

“We are all missing a part of our hearts with her gone,” Williams said. “Our hearts are broken without her. We are praying that she is safe and want to tell her that she is loved.”

Warner has blond hair and brown eyes. She is 5 foot, 4 inches and weighs 140 pounds. However, Williams said it is possible that Warner’s appearance may have changed.

Anyone who has any information or sees her is encouraged to call 911 or the Jefferson County Sheriff at 303-277-0211.