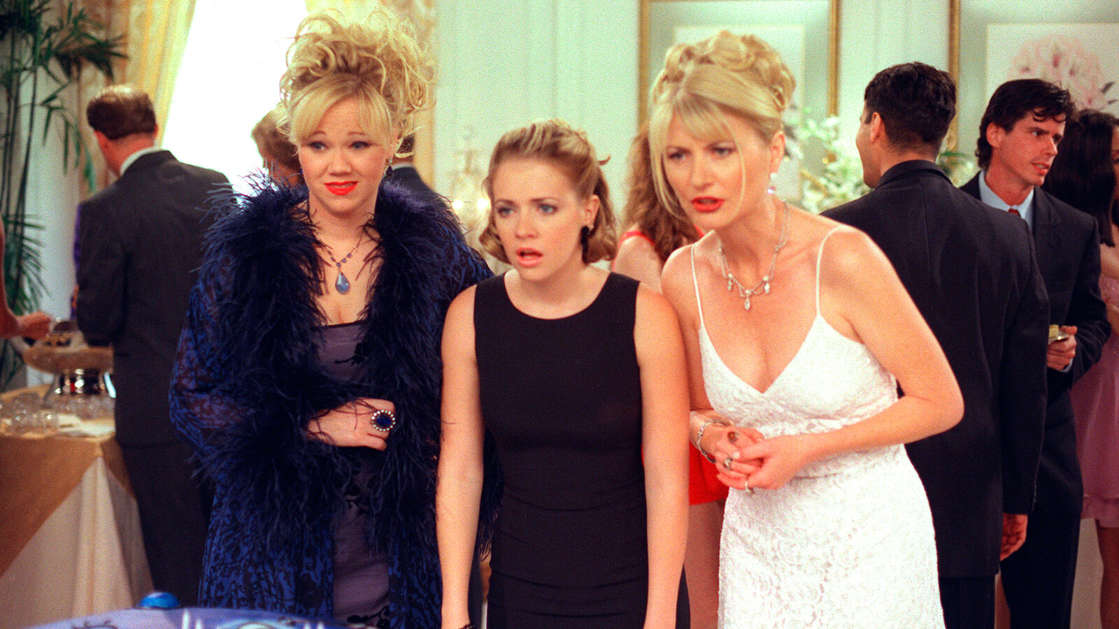 They once dotted shopping plazas in America with ubiquity, beckoning binge watchers with shelves of VHS cassettes, microwave popcorn and boxes of candy — and a reminder to “Be Kind, Rewind.”

Video rental stores, pushed closer to the brink of extinction by streaming services like Netflix and changing technology, may be a thing of the past but an overdue rental became an issue of the present for a Texas woman.

The woman, who was identified in court records as Caron Scarborough Davis, recently learned that there was a 21-year-old outstanding warrant for her arrest in Oklahoma.

Prosecutors said that Ms. Davis had failed to return a copy of “Sabrina the Teenage Witch,” a television sitcom that aired from 1996 to 2003. She rented the tape from a video store in Norman, Okla., in 1999, according to court documents.

She was charged with embezzlement of rented property, and a warrant was issued for her arrest in March 2000. The store where she rented the tape, Movie Place, closed in 2008, according to KOKH Fox 25 in Oklahoma.

In a charging document, prosecutors said that Ms. Davis “did willfully, unlawfully and feloniously embezzle a certain One (1) Videocassette Tape, Sabrina the Teenage Witch of the value of $58.59.” (It was not immediately clear whether the tape contained episodes of the series or the 1996 television movie that served as its unofficial pilot.)

Ms. Davis, 52, discovered the outstanding warrant for her arrest after she got married and tried to change her name on her driver’s license, KOKH reported on Thursday.

“I thought I was going to have a heart attack,” she said.

Ms. Davis said motor vehicle officials referred her to the district attorney’s office for Cleveland County, Okla., where a woman explained the charge against her.

“She told me it was over the VHS tape and I had to make her repeat it because I thought, ‘This is insane,’” Ms. Davis said. “This girl is kidding me, right? She wasn’t kidding.”

Ms. Davis could not be immediately reached on Sunday.

On April 21, prosecutors dropped the embezzlement charge against Ms. Davis in consideration of the “best interest of justice,” according to court documents. KOKH Fox 25 had contacted prosecutors the previous day about the charge.

Sandi Harding, the general manager of the world’s last Blockbuster video store, in Bend, Ore., said in an interview on Sunday that bringing criminal charges for an unreturned movie seemed overly punitive.

“We’ve definitely not sent out a warrant for anybody for that,” she said. “That’s a little bit crazy to me.”

Blockbuster assesses daily late fees of 49 to 99 cents for overdue videos up to 10 days. After that, the store charges customers up to $19.99 to replace one of its DVDs or Blu-ray discs, Ms. Harding said.

In some cases, the store, which does not rent VHS cassettes, will refer past-due accounts for collection, she said.

“We would never charge someone $100 for a copy of ‘Scooby-Doo’ that they never returned,” she said.

It was not immediately clear who owned the now-shuttered video store where Ms. Davis rented the tape or whether she owed any late fees. She told KOKH Fox 25 that she had no recollection of renting the video, saying that she lived with a man at the time who had two young daughters.

“I’m thinking he went and got it and didn’t take it back or something,” she said. “I have never watched that show in my entire life — just not my cup of tea.”

2 thoughts on “Overdue VHS Tape Leads to an Arrest Warrant”