Will Phones Be Banned In Schools? 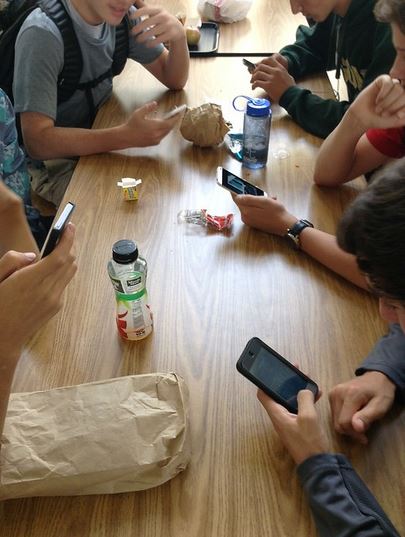 Will Phones Be Banned In Schools?

A new government policy in England could ban the use of mobile phones in schools.

Education Secretary Gavin Williamson says that technology is incredibly important, but it also has an obvious negative impact on students’ behavior.

He said that the past year will have “inevitably affected pupils’ discipline” and that the government’s £10 million behavior hub’ program aims to improve the classroom environment.

He also argues that mobile phones cause cyber-bullying and take away from “exercise and good old-fashioned play.”

However, he does still support the use of tablets and laptops for learning purposes.

Mr. Williamson wrote: “While technology has been invaluable in keeping children learning during lockdowns and we support its use, it’s now time to put the screens away, especially mobile phones. Maintaining good discipline is an absolute must in any classroom and is one of our key priorities.”

“Out-of-control behavior will also destroy the wholesome and happy environment that every school should have, leading to bullying, and turning playgrounds from a place of joy to a jungle. That’s why I am totally behind schools and colleges taking firm action to create a disciplined and calm environment, and putting in place a strong behavior culture where students are taught how to behave well and are clear about what is expected of them,” he added.

According to reports, the UK government has named 22 schools “lead schools: that will set an example and lead other schools that are struggling with student behavior.

Education Minister John Gardner said, “We understand families may want their child to have a phone while traveling to and from school so they can contact them outside school hours. However, we believe that during school hours it is sensible for primary students to store their personal devices safely (away) so they can focus on learning.”

He said that students would be allowed to use phones before and after school.

“At secondary level, we understand there needs to be more flexibility for sites to develop their own policies that reflect the needs of the school community. We note that a rule that is appropriate for a 12-year-old student is not always relevant for an 18-year-old,” he added.