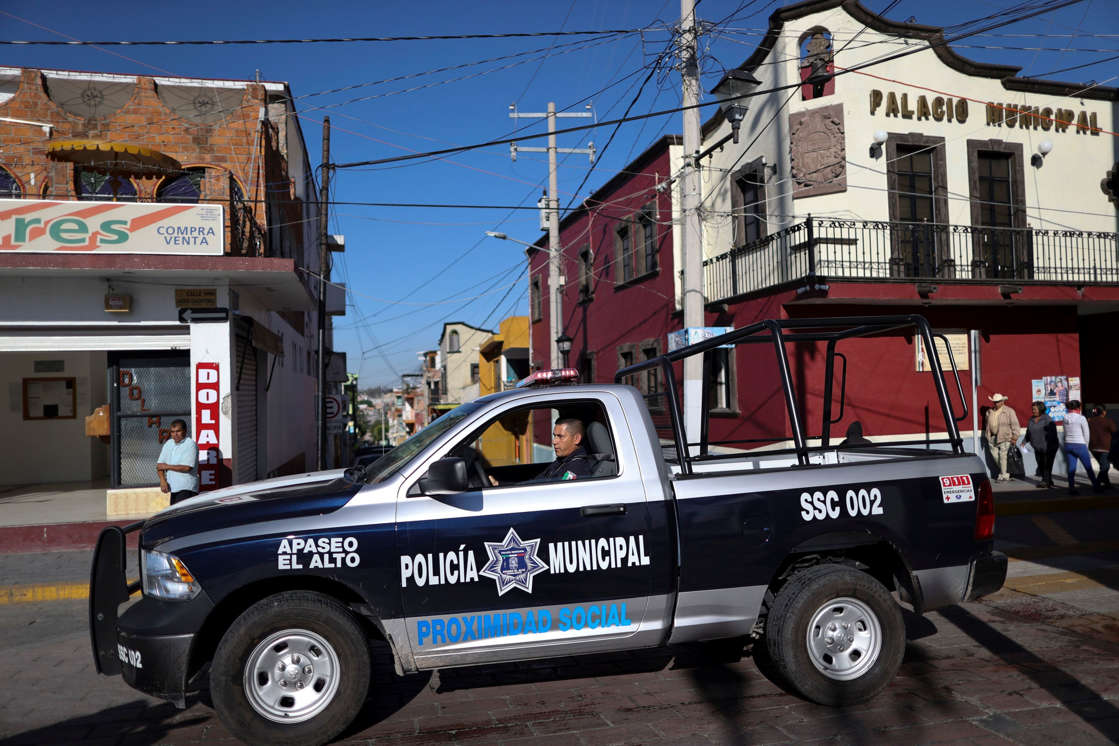 Mexico’s Jalisco cartel is hunting down law enforcement officers and killing them in their homes, on their days off, in front of their families, according to reports.

The drug gangs have systematically tracked down members of the elite Tactical Group by using personal information extracted from a team of its officers recently captured and tortured in the state of Guanajuato.

The cartel declared war on law enforcement in May, despite President Andrés Manuel López Obrador’s plans to avoid bloodshed in dealing with the crime syndicates.

“If you want war, you’ll get a war,” read a banner that was hung from a building in Guanajuato. “We have already shown that we know where you are. We are coming for all of you.”

The banner also warned that for every one of its members arrested, two Tactical Group police officers will be executed “wherever they are.”

The notoriously violent Jalisco cartel has responded to Mexico’s “hugs, not bullets” policy with a policy of their own: the cartel kidnapped in mid-May 2021, several members of an elite police force in the state of Guanajuato, tortured them to obtain names and addresses of fellow officers, and are now hunting down and killing police at their homes, on their days off, in front of their families. (Rebecca Blackwell/)

The body of one officer who was taken from his home and killed last week was dumped onto a highway Thursday. Police won’t say how many officers the Jalisco cartel has murdered, though Guanajuato-based security analyst David Saucedo says “a lot of” officers have abandoned the police force and gone into hiding.

Mexico’s president, who came to power in 2018, has sought to deescalate tensions between drug cartels and law enforcement with a “hugs, not bullets” campaign attempting to address underlying causes of gang membership.

TikTok Star and Friend Shot While Watching the “Purge”