Ronny Jackson Calls for Biden to Take a Cognitive Test 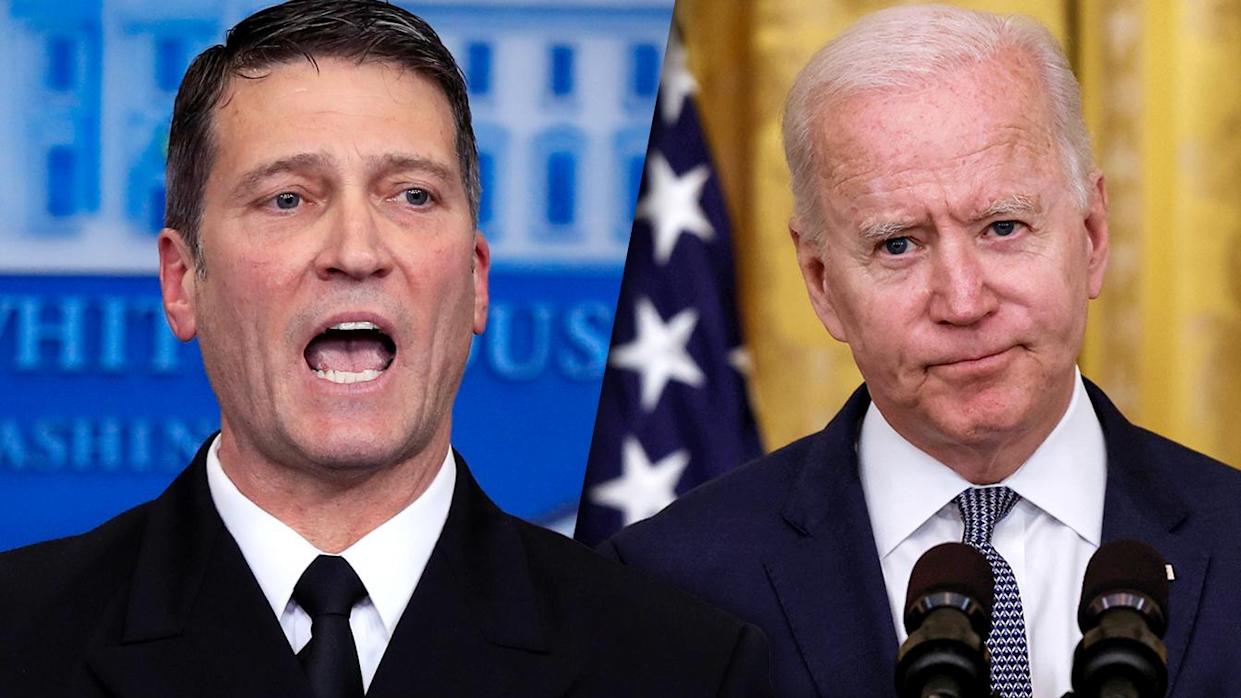 “The American people should have absolute confidence in their President,” Jackson wrote in the letter, which was co-signed by 13 other GOP lawmakers. “They deserve to know that he or she can perform the duties of Head of State and Commander in Chief. They deserve full transparency on the mental capabilities of their highest elected leader. To achieve this, we urge you to submit to a cognitive test immediately. We implore you to then publish the test results, so the American people know the full mental and intellectual health of their President.”

In 2018, Jackson, the attending White House physician at the time, announced that Trump had requested and aced a cognitive test during a physical examination to disprove claims that his mental health was deteriorating.

Jackson also declared Trump to be in “excellent” health despite the fact that the president was nearly obese at the time.

In his letter to Biden, Jackson said that all presidents should “follow the precedent set by former President Trump to document and demonstrate sound mental abilities.”

Biden, the oldest president in U.S. history, has already committed to releasing the results of a physical due later this year.

The White House did not immediately return a request for comment.

Throughout his presidency, Trump was dogged by questions about his cognitive state. In turn, he often lashed out at his critics, claiming on Twitter that he was a “very stable genius.”

During the 2020 presidential campaign, Trump and his allies tried to paint Biden as mentally unfit for office — a strategy that seemed to backfire.

Jackson, a former Navy admiral, began working in the White House in the mid-2000s. In 2013, President Barack Obama named him his top White House physician — a role Jackson retained when Trump took office.

Trump nominated Jackson to be his secretary of veterans affairs in 2018, but Jackson withdrew his nomination following accusations of drinking on the job and overprescribing medication to patients.

A Pentagon inspector general report released earlier this year found that Jackson drank alcohol, made sexual comments to subordinates and took the sedative Ambien while working as White House physician. The report also found that he mistreated subordinates and “disparaged, belittled, bullied and humiliated them.”

Jackson denied the allegations and called the report a “political hit job.”

He won the race to represent Texas’s 13th Congressional District in the U.S. House of Representatives last year.