Could Genocide Really Happen in America? More than one-third (35%) of adults would be “not at all surprised” be if the systematic murder of a religious group happened in America today, according to a recent YouGov survey focused on the Holocaust and Anne Frank.

That’s a bipartisan sentiment, too: one-third (34%) of Republicans, Independents (36%), and Democrats (37%) say they would be “not at all surprised” by a religious group facing genocide in modern-day America. 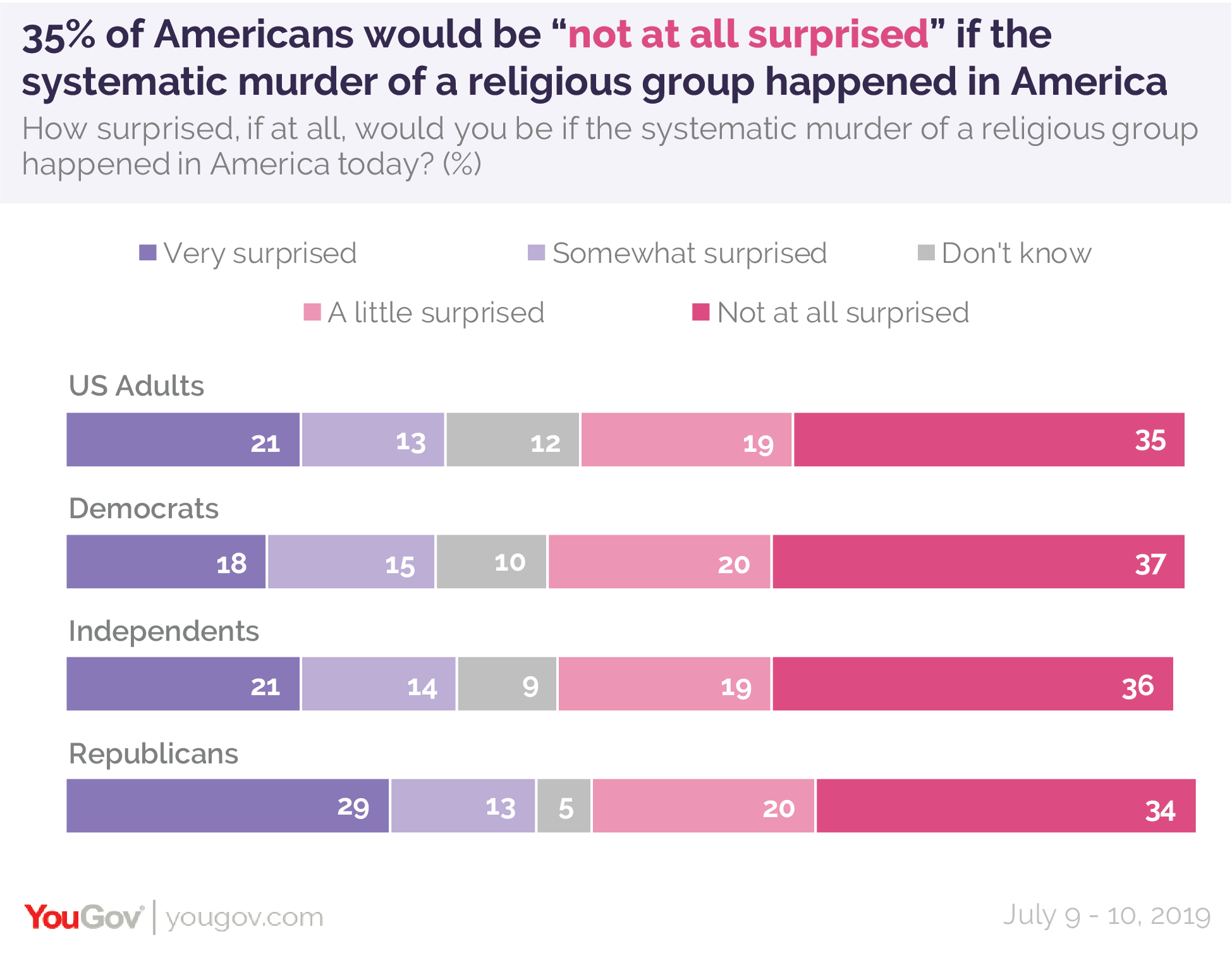 Half of US adults (51%) believe the book, which details Frank’s teenage years hiding in an annex in Amsterdam during the Holocaust, should be required reading in public schools.

On average, Americans believe The Diary of Anne Frank should be read around 13-years-old, the same age that Frank received her diary and began chronicling her life in hiding.

Even as Americans look back on the Holocaust, they are split on whether modern migrant detention centers on the US-Mexico border should be referred to as “concentration camps,” as suggested by New York Representative Alexandria Ocasio-Cortez. The congresswoman posted a widely-debated tweet in June that said, “This administration has established concentration camps on the southern border of the United States for immigrants, where they are being brutalized with dehumanizing conditions and dying. This is not hyperbole.”

People are split on whether it is accurate to refer to the migrant detention centers on the US-Mexico border as “concentration camps.” 41% believe it is an accurate description, 40% believe it is inaccurate. 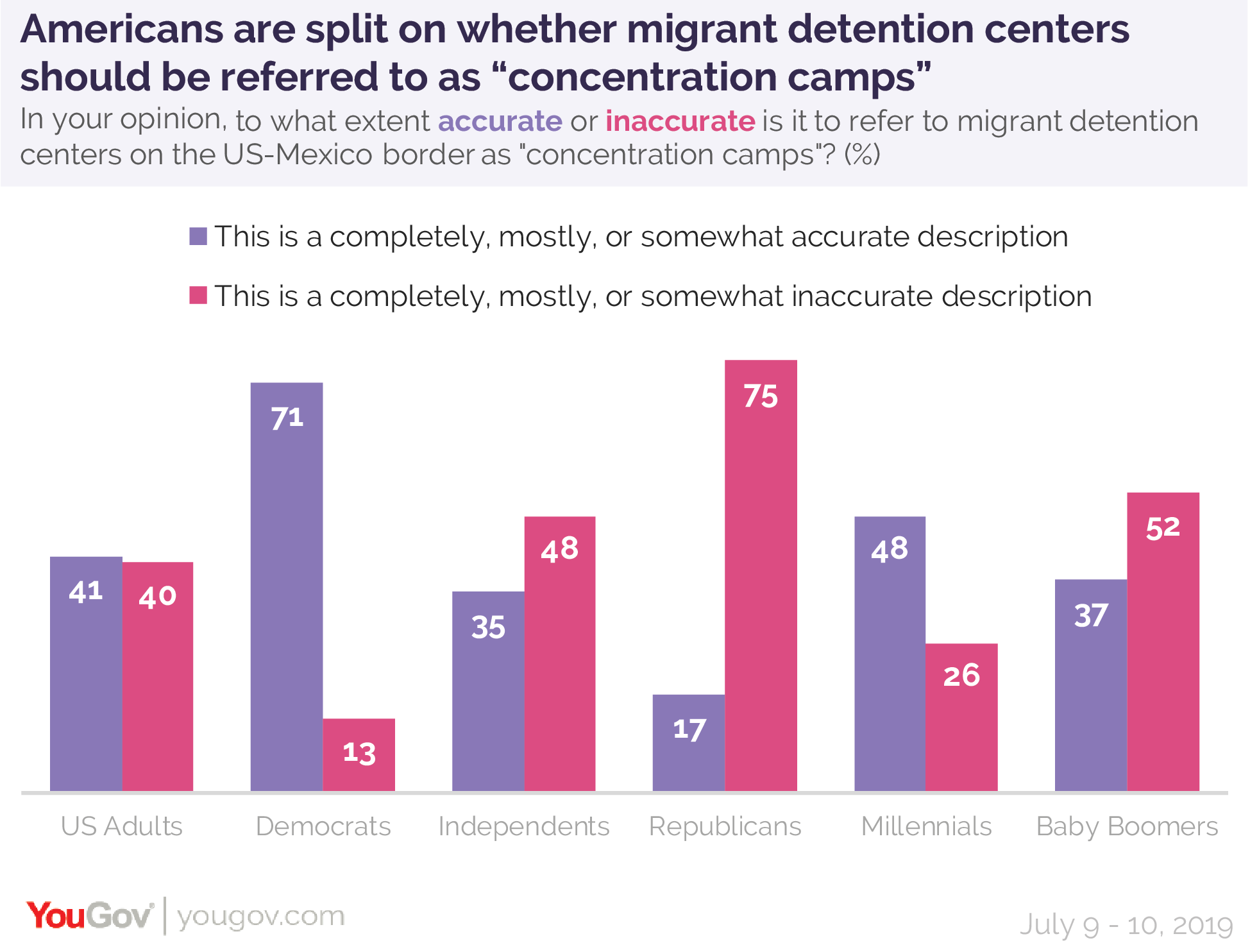 There are significant age splits, as well, when it comes to whether or not migrant camps are comparable to concentration camps. Almost half of Millennials (48%) believe it’s accurate, compared to 36% of Gen X and 37% of Baby Boomers. Half of Baby Boomers (52%) say that it is an inaccurate description.

Frank died at 15, and her diary was posthumously published by her father in 1947. Three in ten (30%) US adults say they have since read the entirety of The Diary of Anne Frank, and another 17% have read some of it. Her journal includes the famous quote: “In spite of everything, I still believe that people are really good at heart.”

A majority of Americans (56%) say they strongly or somewhat agree with her words today, according to the YouGov survey.

39 thoughts on “Could Genocide Really Happen in America?”