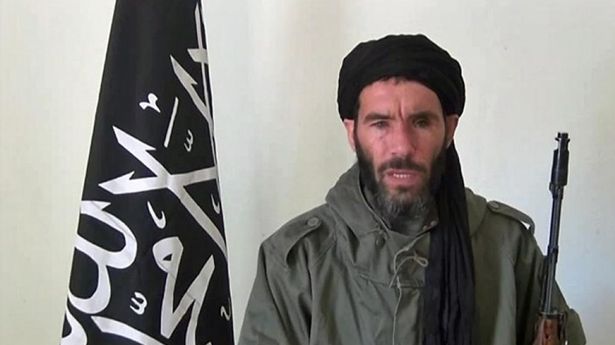 Those killed in the 2017 attack included Army Sgt. David Johnson and Staff Sgts. Bryan Black, Jeremiah Johnson, and Dustin Wright. Four Nigerian troops were also killed in the attack, and at least two American soldiers and eight Nigerian soldiers were severely wounded as a result of the siege.

Al-Sahraoui, who previously had a $5 million bounty on his head, is said to have ordered the ambush.

French President Emmanuel Macron confirmed Thursday morning that Al-Sahraoui had been permanently neutralized by drone strike while in West Africa, courtesy of the French military, the Daily Mail reported.

In his announcement, Macron said, “Adnan About Walid al Sahraoui, leader of the terrorist group Islamic State in the Greater Sahara was neutralized by French forces. This is another major success in our fight against terrorist groups in the Sahel.

He added, “The nation is thinking this evening of all its heroes who died for France in the Sahael, in the Serval and Barkhane operations, of the bereaved families, of all of its wounded. Their sacrifice was not in vain. With our African, European, and American partners, we will continue this fight.”

CNN reported Thursday that the strike on Al-Sahraoui took place in Mali between Aug. 17 and Aug. 22, citing a statement from Florence Parly, French minister for the armed forces.

Parly added that Al Sahroui succumbed to wounds sustained in the strike.

“His death deals a decisive blow to the leadership of the Islamic State in the Sahel,” Parly said in a Thursday news conference according to the Washington Post. “They will without a doubt have trouble replacing him.”

The New York Times on Wednesday night reported that Macron also blamed Al-Sahraoui and his group for murdering French charity workers and a Nigerian driver during a 2020 attack.

“Mr. Al-Sahraoui was a member of Al Qaeda’s regional branch before pledging allegiance to the Islamic State about five years ago,” the outlet added.