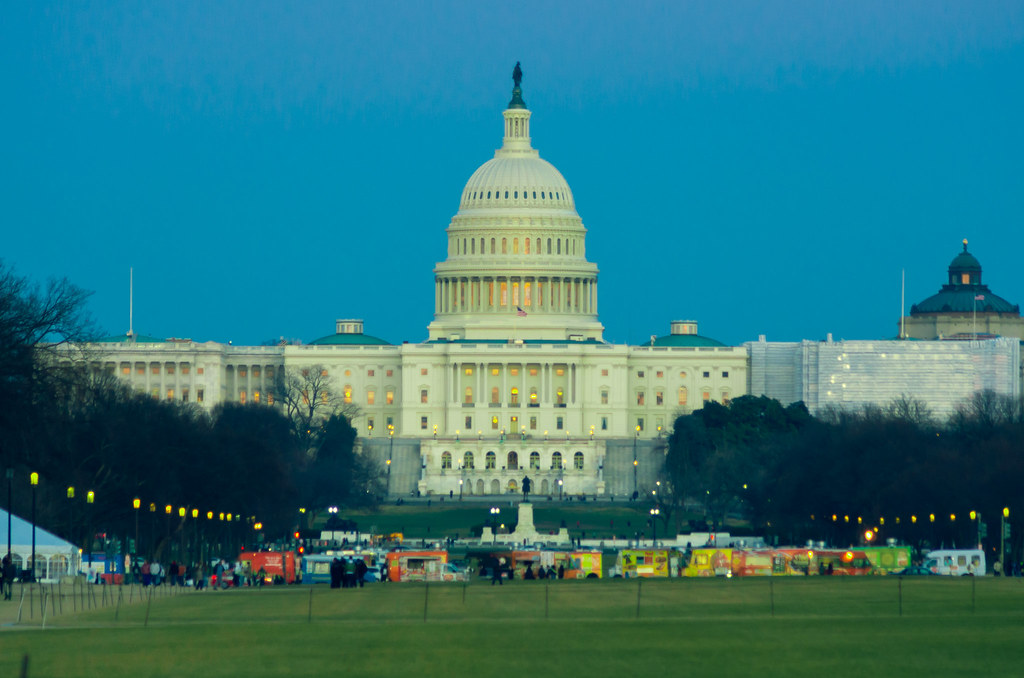 WASHINGTON — On Thursday, multiple federal buildings in Washington, DC were either occupied or were attempted to be occupied by protesters. Scenes of the day were reminiscent of January 6, but the response and results were much different.

Video from the Bureau of Indian Affairs surfaced showing that the building was occupied by protesters. The group claims that this was the first time Indigenous leaders occupied the building since the 1970s. Security forces did not take action against the group, simply allowing them to occupy the space and appearing to almost join them in some instances.

The second video surfaced from outside the Department of the Interior, where climate change protesters attempted to force their way past security multiple times. Security officers did not pull their weapons, as they did in the case of the January 6 events. Instead, they approached these with tasers and forced them back.

Why the drastic difference in the response to the two events? This is another government building with government leaders inside.

Of course, it does not fit the narrative and the radical left remains silent. The Democrats are elitists, requiring protection for themselves but allowing others to be threatened. They do not care if anyone else is at risk.

It is also different because these are left-wing protesters, not conservatives. If these were conservatives, the FBI, National Guard, Capitol Police, DC Police, and every available law enforcement within 50 miles would have been requested. After all, conservatives are domestic terrorists and a threat to society.

Rather than responding to the issue, Joe Biden was too busy spreading vaccine propaganda and pitching forced vaccinations. Kamala Harris was still in hiding. Apparently, there were not enough paid actors in the crowd for her to attend the event. Speaker Nancy Pelosi and Sen. Chuck Schumer were both silent. Nothing was heard from either of them.

There were no comments from members of Congress. They were not saying how we are more civilized than this. There was no coverage by mainstream media outlets. They simply ignored it as they always do.

I know that many will say this was not the Capitol. They will argue that these protesters were not attempting to “overthrow the government.” Many of the images seen today resemble those we saw inside the Capitol. The difference is that Democrats drove the narrative on January 6. They told the story, along with their media partners, and it was a much different outcome.

Americans that care about this country better be paying attention and becoming active. This is not the time to simply sit back and wait on another election. We must be active against the tyranny of our federal government and the absence of representation in Washington. But of course, when we do, that’s when we no longer are Americans, but rather domestic terrorists to the Biden regime.