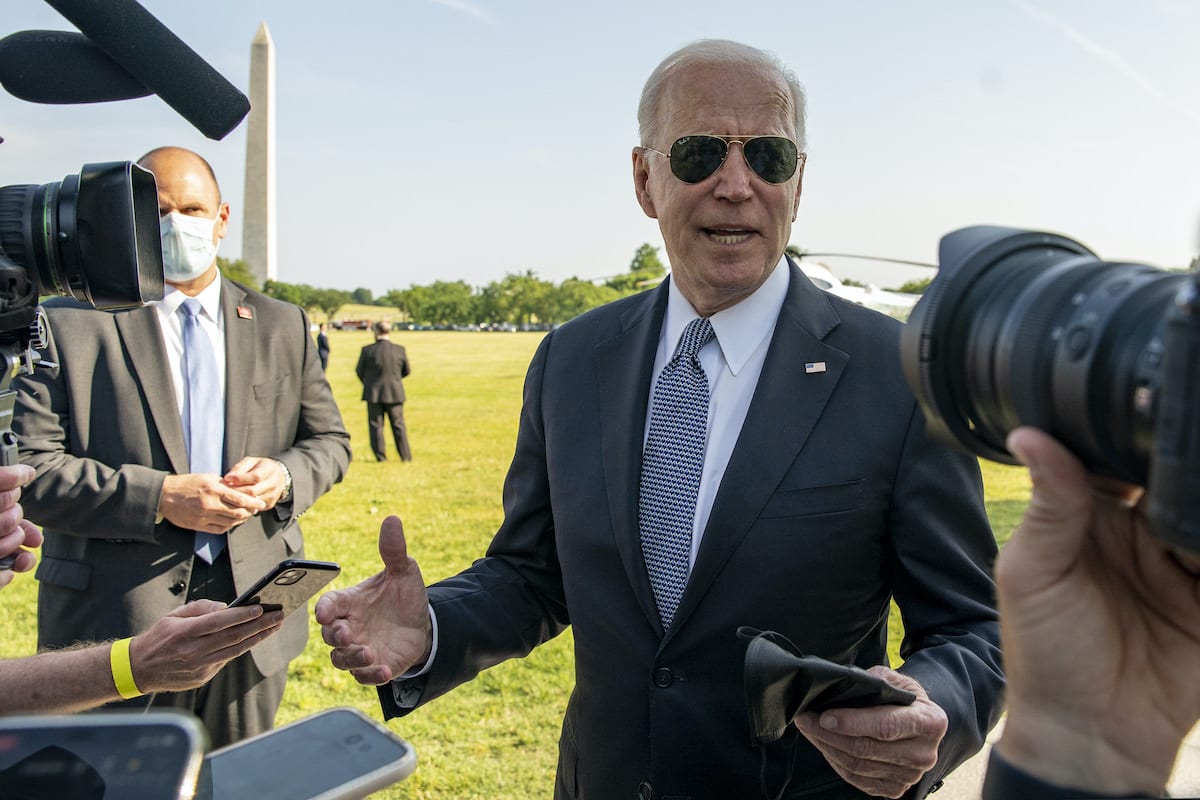 President Biden basically has said that the American public is “too dumb” to understand the intricacies of supply chain issues and their impact on the economy.

The President appeared to mock the intelligence of the American people over the weekend when discussing the nation’s ongoing supply chain crisis, questioning whether “they’d understand” the topic.

The President’s remarks came during a news conference as he answered a question from a reporter on criticism he has faced from Rep. Abigail Spanberger, D-Va., who said, “Nobody elected him to be FDR, they elected him to be normal and stop the chaos.”

“I don’t intend to be anybody but Joe Biden, that’s who I am,” Biden said. “What I’m trying to do is, do the things I ran on to do, and look, people out there are ordinary, hard-working Americans [who have been] put through the wringer the last couple of years.”

“People are worried,” Biden added, suggesting that people do not understand why “the price of agricultural products” has increased.

“If we were all going out and having lunch together and I said, ‘Let’s ask whoever’s in the next table, no matter what restaurant we’re in, have them explain the supply chain to us.’ Do you think they’d understand what we’re talking about?” Biden asked.

“They’re smart people,” the President said, but he concluded the current crisis was a part of a “complicated world.”

“We’ve never faced anything like this,” Biden added. “You can understand why people are upset. Whether you have a Ph.D. or you’re working in a restaurant, it’s confusing, and so people are understandably worried.”

Biden then said he was going to try and “explain to the American people” what supply chain issues America faces, telling the reporters in the room who “write for a living” that he has not seen any reporter “explain supply chain very well.”

“This is a confusing time,” Biden stated.

When isn’t it a “confusing time” for you, Joe?